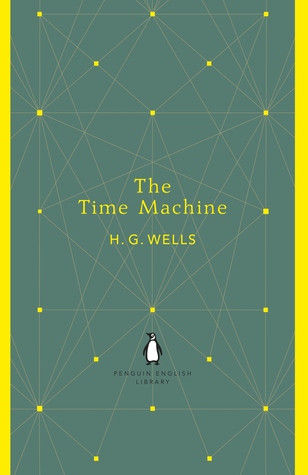 I watched the movie of this book (the 1960 version with Rod Taylor) sometime in the sixties or seventies and really like it. Usually, science fiction is not my thing but this was fascinating. I suppose the dystopian side did it for me.

Then I read "The Map of Time" by Félix J. Palma a couple of years ago and was fascinated again. I knew I would have to read the novel one day.

And I did not regret it. Quite a story, even if the movie took quite a few liberties … but what else is new?

As I said in my other reviews about dystopian novels, they always mirror the fears and hopes of a generation. Did the Victorians fear we would all end up as Morlocks and Eloi? I can imagine, even though the appeal of the book at the time certainly must have been the time travelling. But, in any case, this was probably one of the first books that moved away from a utopian future, that tried to warn the people that things could also go wrong.

This is certainly a great book. And with just 150 pages, anyone could read it.

"'Great shapes like big machines rose out of the dimness, and cast grotesque black shadows, in which dim spectral Morlocks sheltered from the glare.'

Chilling, prophetic and hugely influential, The Time Machine sees a Victorian scientist propel himself into the year 802,701 AD, where he is delighted to find that suffering has been replaced by beauty and contentment in the form of the Eloi, an elfin species descended from man. But he soon realizes that they are simply remnants of a once-great culture - now weak and living in terror of the sinister Morlocks lurking in the deep tunnels, who threaten his very return home.

H. G. Wells defined much of modern science fiction with this 1895 tale of time travel, which questions humanity, society, and our place on Earth."
Posted by Marianne at 15:51