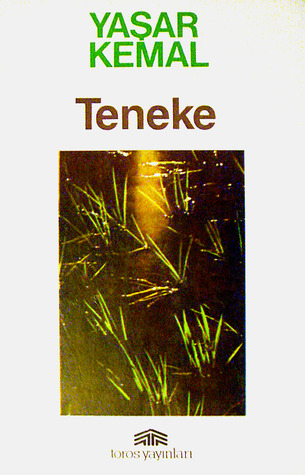 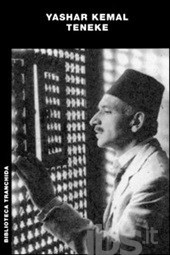 A young administrator in a town in the Anatolian province tries to fight a big landlord who floods large portions of land to grow rice but doesn't care about the effects on the population. Quite a story, well written, exciting.

The author was born in a small village in Southern Anatolia and was the only one in his village who learned to read and write. Quite an accomplishment. He is one of the biggest critics in Turkey and received several prizes for his works.

I later read another book by the author, "The Birds Have Also Gone", he seems quite the expert on Turkish life.

"In Teneke, Kemal depicts the tragic conditions, under which the landowners in the region Çukurova in southern Anatolia of Turkey live and the way in which the rice planters exploit them. A young and idealistic district governor, who is newly appointed there, tries to back the landowners struggling against oppression and injustice by a rice planter."

Yaşar Kemal received the Peace Prize of the German Book Trade (Friedenspreis) in 1997.
Posted by Marianne at 19:54