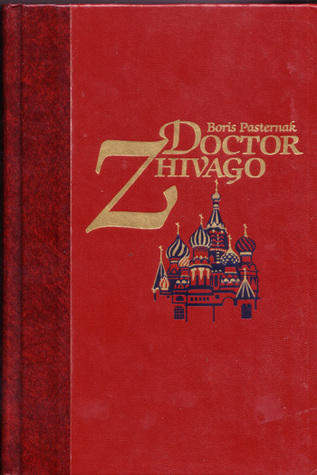 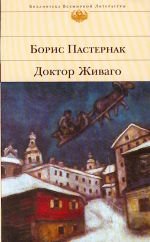 Who hasn't seen the movie "Doctor Zhivago"? I doubt there are many who haven't. But who has read the novel? I haven't met many who did. But since I really like the story in the movie and the author received a Nobel prize for literature and I love literature by Nobel prize winners ... I just had to read this one day.

I am glad I did. Boris Pasternak has a great way of telling a "very simple story", as he put it himself. Not really that simple, lots of complications in the life of our hero, Jura Zhivago, a doctor and a poet. He writes a lot of poems during his life, some of them are added at the end of the book. As so often when I read a translation, I wish I spoke the original language. I am not much into poetry but translated poetry is even worse than original one, it can never give the true sentiment of what the poet really meant.

However, even in the translated poems, you can detect Pasternak's wish to write a "simple novel", one that shows the true life of people struggling through difficult times but still trying to maintain a human life. The poems are about everyday life, love, and the Bible,

Zhivago himself is depicted as a highly intellectual and very sensitive person, any other character complements him, any individual is complex and still easy to understand.

The only problem non-Russians might have with this novel are the names. But, if you've read other Russian novels, you will know that every person has three names, the first name, the family name and the middle name which is called father's name. If you bear in mind, that a person is often addressed by their first and their father's name and only from time to time by their first and family name, you don't get confused with the different names.

I enjoyed reading this book just as much as I have enjoyed watching the movie again and again. There is a lot more in the book than they can ever bring on the screen, therefore, if you like the story, you should read the novel.

"First published in Italy in 1957 amid international controversy - the novel was banned in the Soviet Union until 1988, and Pasternak declined the Nobel Prize a year later under intense pressure from Soviet authorities - Doctor Zhivago is the story of the life and loves of a poet-physician during the turmoil of the Russian Revolution. Taking his family from Moscow to what he hopes will be shelter in the Ural Mountains, Zhivago finds himself instead embroiled in the battle between the Whites and the Reds. Set against this backdrop of cruelty and strife is Zhivago’s love for the tender and beautiful Lara: pursued, found, and lost again, Lara is the very embodiment of the pain and chaos of those cataclysmic times."

Boris Pasternak received the Nobel Prize for Literature in 1958 "for his important achievement both in contemporary lyrical poetry and in the field of the great Russian epic tradition". He had to renounce this for fear of being expelled from his country but the award is still valid.

I contribute to this page: Read the Nobels and you can find all my blogs about Nobel Prize winning authors and their books here.
Posted by Marianne at 16:18