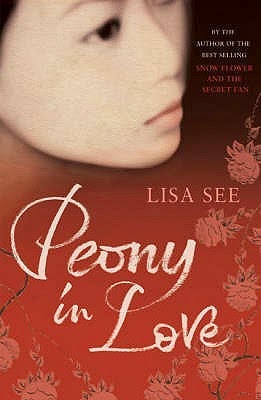 This is a magical story about a young girl called Peony who lives in the seventeenth century. I have read many books about China, historical and contemporary, fiction and non-fiction, but this has taken me to a place I have never been before. This novel not only explains old Chinese stories and theatre, their whole art even but also their other traditions, like how marriages were arranged and most of all how Chinese see their life after death. Extraordinary.

Through Peony, we learn a great deal about the opera "The Peony Pavilion" written by Tang Xianzu who set the story in the Song dynasty (906 to 1127) even though he wrote about the Ming dynasty (1368-1644), a trick still used in literature today when writing during a difficult time of a country. The second big art project depicted in the novel is "Wu Wushan's Three Wives' Collaborative Commentary of The Peony Pavilion" which takes a big part in the book but does exist in real life. It makes the book even more interesting.

The author does not only describe the life of Peony but also that of any other woman she comes in touch with or is related to, grandmother, mother, aunts, cousins, concubines ... and how they interact. We learn about the Cataclysm, the Manchu overthrow of the Ming regime and the beginning of the Qing dynasty (1644-1911), eras I could never really keep apart but I think with the help of this novel, I am going to manage. She also informs us about feet binding, arranged marriages, weddings, death ceremonies, the status of Chinese women at the time,

Another great read about a country with a big history and probably an even greater future.

From the back cover: "Peony is the cherished only child of the first wife of a wealthy Chinese nobleman. Yet she is betrothed to a man she has never met and as her sixteenth birthday approaches, she has spoken to no man other than her father and never ventured outside the cloistered women's quarters of the Chen Family Villa. She is trapped like a good-luck cricket in a bamboo-and-lacquer cage and the romantic lyrics from the Chinese classic novel The Peony Pavilion mirror her own longings. Though raised to be obedient, Peony has dreams of her own. Her father engages a small theatrical troupe to perform scenes from the epic opera of The Peony Pavilion - a live spectacle that few women have ever seen - in their garden amidst the scent of ginger, green tea and jasmine. Peony's mother is against the production: Unmarried girls should not be seen in public. But Peony's father prevails. Women will watch the opera from behind a screen to hide them from view and through a crack, Peony catches sight of an elegant, handsome man with hair as black as a cave and is immediately bewitched by him. So begins Peony's journey of love, desire and sorrow as Lisa See's haunting new novel takes readers back to seventeenth-century China and into the heart and soul of an unforgettable heroine."

This is the author of "Snow Flower and the Secret Fan" which seems to be a lot more popular but I would definitely recommend reading this one, as well.
Posted by Marianne at 17:53