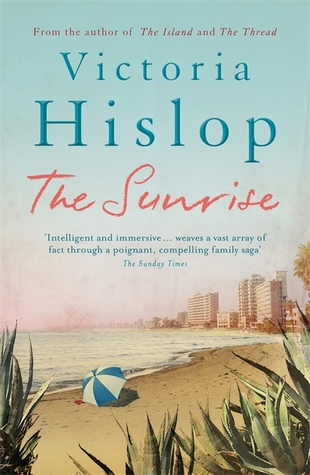 A gripping story. A story about the common people, rich or poor, winner or loser, the ordinary people who always suffer most in a war. A story that goes deep and shows how stupid any war is, anything that some people who think they are more important than others want to change with weapons and destruction. What do we gain of it? Nothing. Ask anyone who lived in a country during wartime.

Famagusta, a town in Eastern Cyprus, is not different. People live their ordinary lives. They go to work, they go home. They love their families, they love their lives. Then the invasion. First just a big hotel somewhere, well, they will stop, this will be it. Nope, they carry on. Some people leave. Others stay, thinking/hoping it won't be that bad. It gets worse, some more leave. Until it is too late for some to leave. Must be terrible knowing you are trapped somewhere and could have left if you would have just not clung to your possessions too much. Or thinking you can evade a destiny if only you close your eyes and your ears.

The worst part of the story, the war in Cyprus took place in 1974, more than forty years ago. The city of Famagusta still has parts that cannot be visited by anybody, even people who used to live there. That is what war does. It doesn't just kill people, it destroys everything, first and foremost humanity.

From the back cover:
"In the golden city of Famagusta, Greek and Turkish Cypriots alike enjoy a life of good fortune.
Invasion comes without warning, bringing chaos and terror.
As forty thousand people flee their homes in panic, Famagusta becomes a ghost town. But not everyone will find it so easy to leave."

Find the other Victoria Hislop books I read here.
Posted by Marianne at 15:17