McCarthy, Pete "The Road to McCarthy" 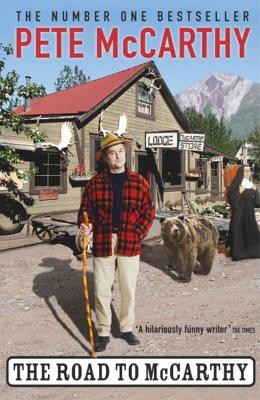 McCarthy, Pete "The Road to McCarthy: Around the World in Search of Ireland" - 2002

After reading "McCarthy's Bar" a couple of years ago, I was extremely sad to learn that the author had passed away in 2004. I read that that was his only book he had every written. Imagine my surprise and delight when I found this book in a second hand bookshop because it gave me another tale of Pete McCarthy's travels.

This time, he travels from Ireland to Morocco, New York, the Caribbeans, Tasmania, all sorts of destinations that somehow have to do with the name McCarthy, places you wouldn't even imagine having a link to Ireland at all. But Pete McCarthy found it.

Another hilarious book by a funny writer who left us all too early.

From the back cover: "From the bestselling author of McCarthy's Bar, this is a hilarious and thought-provoking journey into his Irish heritage around the world. As a veteran traveller, Pete McCarthy has long been intrigued that the emigrant Irish can be found in all corners of the globe. Determined to pin down mythical tales of his own clan history, Pete is thrust into a world-wide adventure that reveals an unsettled and poignant history, while unearthing a good pint in the most unexpected locations. From the Holy Ground of Cork harbour he travels to Gibraltar and Morocco, then onwards to New York, Tasmania, Montana, and the tiny Caribbean island of Montserrat before finally reaching the remote Alaskan township of McCarthy and its population of just 14 people, but a lot more bears."
Posted by Marianne at 14:07