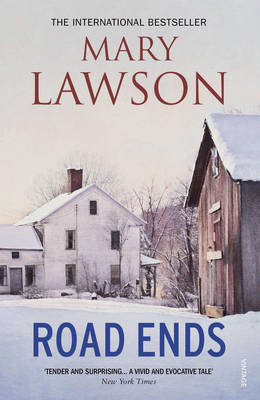 After reading "Crow Lake" and "The Other Side of the Bridge", I was really looking forward to another Mary Lawson book. I like the author for her realistic description of the characters and their actions. Even though her former books were situated in Canada only (where I've never been), I could always connect to them. Now, this one takes place partly in London, England, as well, a place I do know quite well. So, it made it even more exciting to compare.

What an interesting story, not just about young Megan who leaves Canada for England but also and especially about the family she leaves behind, her father, brother, but mostly her mother. A story about mental illness in a time where that was such a taboo, people wouldn't acknowledge it anywhere.

I always love novels narrated by several different characters and this is just one like this. And I also love Mary Lawson's style. Can't wait for her next one again.

And, of course, what I do like about the book, as well, there are a few readers in the novel, they mention the following books:
Alcott, Louisa May "Little Women"
Hardy, Thomas "Jude the Obscure"
Melville, Herman "Moby Dick"
Mitchell, Margaret "Gone with the Wind"
Salinger, J.D. "The Catcher in the Rye"
Service, Robert "The Cremation of Sam McGee"
Steinbeck, John "The Grapes of Wrath"

From the back cover: "Twenty-one-year-old Megan Cartwright has never been outside the small town she was born in but one winter’s day in 1966 she leaves everything behind and sets out for London. Ahead of her is a glittering new life, just waiting for her to claim it. But left behind, her family begins to unravel. Disturbing letters from home begin to arrive and torn between her independence and family ties, Megan must make an impossible choice."
Posted by Marianne at 14:39