Bâ, Mariama "So Long a Letter" 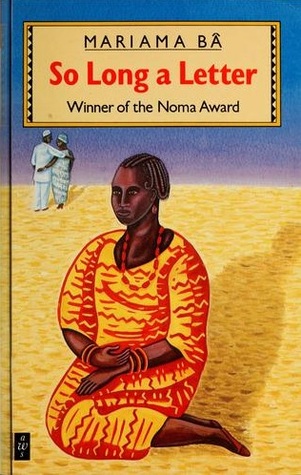 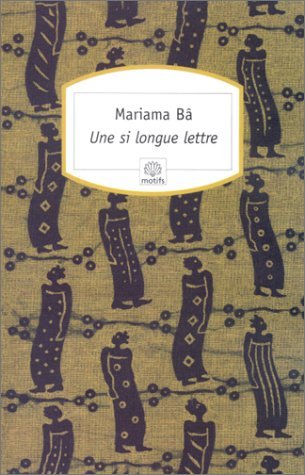 A while ago, a friend sent me an article called "The non-western books that every student should read". I forwarded it to my book club and we decided to read at least one of the books from the list. We decided on this one.

This is indeed a very worthwhile book to read. We rarely hear about women who live in polygamy, even less about what happens to them when the husband dies. This is just one of those cases and the author has described the situation of the protagonist so well. Apparently, it is more or less her own story, no wonder she knows how to explain the situation to us all so well.

We are given two different solutions, both of which are not really a great one but that is all the women have if their husband takes a second wife. They can either leave their husband or stay behind and be the "old" wife. Neither solution is very tempting.

It is interesting how short this novella is and how much it tells us. I definitely recommend this book, it's impressive.

From the back cover:
"Written by award-winning African novelist Mariama Bâ and translated from the original French, So Long a Letter has been recognized as one of Africa’s 100 Best Books of the 20th Century. The brief narrative, written as an extended letter, is a sequence of reminiscences - some wistful, some bitter - recounted by recently widowed Senegalese schoolteacher Ramatoulaye Fall. Addressed to a lifelong friend, Aïssatou, it is a record of Ramatoulaye’s emotional struggle for survival after her husband betrayed their marriage by taking a second wife. This semi-autobiographical account is a perceptive testimony to the plight of educated and articulate Muslim women. Angered by the traditions that allow polygyny, they inhabit a social milieu dominated by attitudes and values that deny them status equal to men. Ramatoulaye hopes for a world where the best of old customs and new freedom can be combined. Considered a classic of contemporary African women’s literature, So Long a Letter is a must-read for anyone interested in African literature and the passage from colonialism to modernism in a Muslim country. Winner of the prestigious Noma Award for Publishing in Africa."
Posted by Marianne at 15:30