Fredriksson, Marianne "Simon and The Oaks" 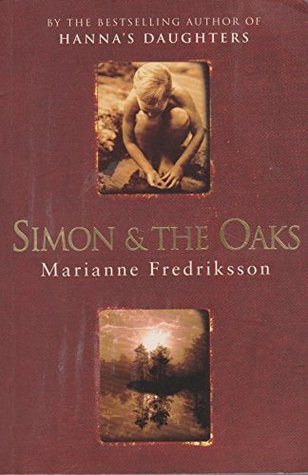 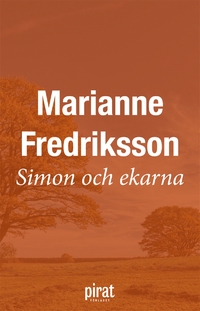 After reading "Hannah and her Daughters" with two different book clubs, I always wanted to read another book by Marianne Fredriksson again. And I finally found one. I didn't regret it, a wonderful tale about a friendship that is lined with many obstacles, about a boy growing up not feeling he belongs, about a family with a secret and a country having to deal with a war that is going on all around them, just not directly in their home.

Marianne Fredriksson was a very powerful author who can tell us about a time not that long ago but still unknown to many of us. She manages to weave a plentiful story by adding a colour here and a character there, links that are not that obvious at first but get more and more certain after a while.

A lot of Scandinavian authors are known for their crime stories and I am sure they have a worthy place among the world authors of this genre. Marianne Fredriksson also deserves a place there.

"Simon is an ordinary boy growing up in rural Sweden. Ordinary that is until the Second World War is declared; until he makes friends with Isak, a psychologically damaged Jewish boy who has fled with his father from Nazi Germany; and until he is told that he is adopted - that the working class couple he has assumed to be his parents are, in reality, distant relations. His biological parents had met and, with no common language, loved each other in an enchanted spot under a waterfall nine years previously.

So begins Simon's quest for self-hood: a quest which takes him through the bitter privations of the Second World War, through his military service, and through a destructive relationship with Isak's cousin recently liberated from a concentration camp. And, always in the background, his beloved step-mother watches over him, as constant as the oak trees on the cliff top that whispered their secrets to him when he was a child."
Posted by Marianne at 10:04