Grass, Günter "The Box: Tales from the Darkroom" 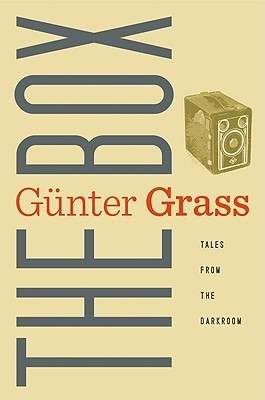 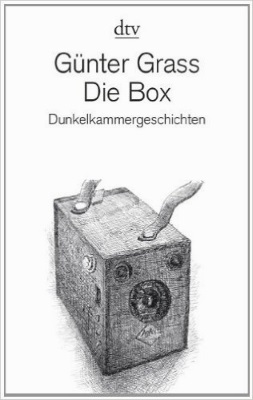 I think I can easily say that Günter Grass is one of my favourite authors. This novel is the sequel to "Peeling the Onion", the first book in his autobiographical trilogy.

In this book, he lets his children tell his story, or rather the part of his life where he has the children. There are quite a few of them, six of his own, two of his last wife, they all get together during various events and tell their side of their youth, of growing up together and/or apart. They also tell us about the mysterious photo box of one of the author's friends, Maria Rama. Her camera can show you the past and the future. It shows the wishes and desires of everyone on the pictures. It makes the story even more interesting, more imaginative. What could happen, what could have happened, I like that.

Even though this is more a novel than a real autobiography, I still think it tells a lot about the author's life and that time in Germany. A fascinating story.

"'Once upon a time there was a father who, because he had grown old, called together his sons and daughters - four, five, six, eight in number - and finally convinced them, after long hesitation, to do as he wished. Now they are sitting around a table and begin to talk . .'

In an audacious literary experiment, Günter Grass writes in the voices of his eight children as they record memories of their childhoods, of growing up, of their father, who was always at work on a new book, always at the margins of their lives. Memories contradictory, critical, loving, accusatory - they piece together an intimate picture of this most public of men. To say nothing of Marie, Grass’s assistant, a family friend of many years, perhaps even a lover, whose snapshots taken with an old-fashioned Agfa box camera provide the author with ideas for his work. But her images offer much more. They reveal a truth beyond the ordinary detail of life, depict the future, tell what might have been, grant the wishes in visual form of those photographed. The children speculate on the nature of this magic: was the enchanted camera a source of inspiration for their father? Did it represent the power of art itself? Was it the eye of God?

Recalling J. M. Coetzee’s Summertime and Umberto Eco’s The Mysterious Flame of Queen Loana, The Box is an inspired and daring work of fiction. In its candor, wit, and earthiness, it is Grass at his best."

I contribute to this page: Read the Nobels and you can find all my blogs about Nobel Prize winning authors and their books here.
Posted by Marianne at 13:47