Murakami, Haruki "Kafka on the Shore" 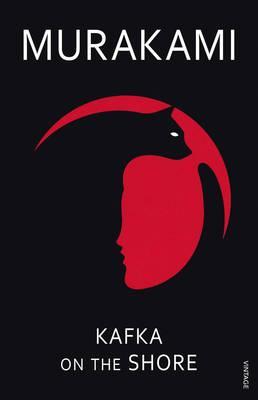 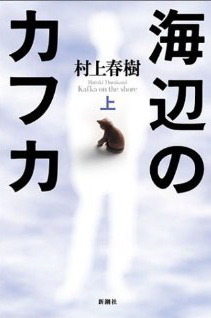 I had no idea this book was kind of a fantasy or at least magic realism story. I have no idea what I thought but I certainly didn't expect this kind of story. Maybe someone reading a book by Kafka during their holidays or something.

Anyway, the protagonist calls himself Kafka. He runs away from home in order to get away from everything and starts a new life in a library. Quite interesting so far. Then there is this old guy who seems to have been involved in a weird military "accident" as a child and he can talk to cats. Also, there is a way from one life into another and back. All pretty weird. Still, an interesting read, an interesting story, you can try to analyze the different characters, all of whom have different kind of goals in their lives, well, they don't exactly have a goal but they all seem to follow their own pattern in going through life.

As I said, a weird book but quite enjoyable.

"The opening pages of a Haruki Murakami novel can be like the view out an airplane window onto tarmac. But at some point between page three and fifteen - it's page thirteen in Kafka On The Shore - the deceptively placid narrative lifts off, and you find yourself breaking through clouds at a tilt, no longer certain where the plane is headed or if the laws of flight even apply.

Joining the rich literature of runaways, Kafka On The Shore follows the solitary, self-disciplined schoolboy Kafka Tamura as he hops a bus from Tokyo to the randomly chosen town of Takamatsu, reminding himself at each step that he has to be 'the world's toughest fifteen-year-old.' He finds a secluded private library in which to spend his days - continuing his impressive self-education - and is befriended by a clerk and the mysteriously remote head librarian, Miss Saeki, whom he fantasizes may be his long-lost mother. Meanwhile, in a second, wilder narrative spiral, an elderly Tokyo man named Nakata veers from his calm routine by murdering a stranger. An unforgettable character, beautifully delineated by Murakami, Nakata can speak with cats but cannot read or write, nor explain the forces drawing him toward Takamatsu and the other characters."
Posted by Marianne at 11:55