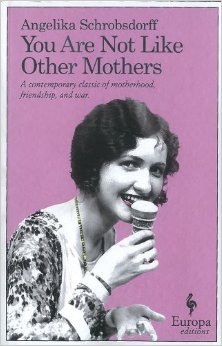 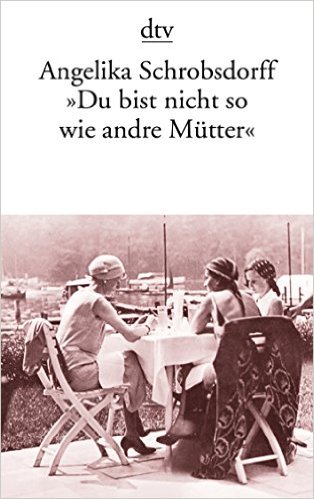 Schrobsdorff, Angelika "You Are Not Like Other Mothers" (German: Du bist nicht so wie andre Mütter) - 1992

The life of a Jewish mother at the beginning of the last century. This book is about the author's mother Else who was not what people expected from "nice" Jewish girls. She was a very early feminist, all that against the backdrop of raising anti-Semitism and the beginning of the Second World War where most of her family members get killed.

Else moved to Bulgaria with her children, only to have to hide there, as well as the Nazis got closer everywhere.

A highly interesting story about a time that brought us so many books that it is often hard to choose which one to read. But this one is definitely worth it.

"You Are Not Like Other Mothers is the story of Else Kirschner, a free spirited mother of three children. The novel spans the first half of the 20th century, from World War I through the Jewish Else’s exile in Bulgaria during World War II. Multi-layered and epic in scope, the narrative incorporates numerous sub-plots and secondary characters to provide a richly rendered portrait of 20th century Europe."
Posted by Marianne at 14:36