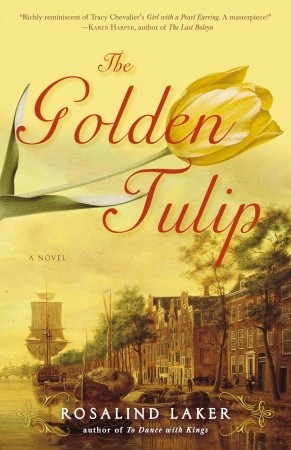 The members of our book club wanted to read something about the Netherlands, so I suggested this one that I had recently found.

Francesca is the daughter of a late 17th century Amsterdam painter and an aspiring painter herself. She begins an apprenticeship with a not so famous painter, later better known: Johannes Vermeer.

I had never heard of Rosalind Laker but when I checked what she had written, I wasn't surprised, most of the titles of her books sound like "threepenny novels" or rather chick lit to me.

However, this was a pleasant enough story about how life was in the 17th century, especially for women. Add a little bit of Dutch history, a little bit of art, and you have a story.

Not a bad story, certainly a book that can initiate a lot of talk.

From the back cover: "Francesca’s father is a well-known painter in the bustling port city of Amsterdam; he is also a gambler. Though their household is in economic chaos, thankfully the lessons she learned in his studio have prepared her to study with Johannes Vermeer, the master of Delft.

When she arrives to begin her apprenticeship, Francesca is stunned to find rules, written in her father’s hand, insisting that she give up the freedoms she once enjoyed at home- including her friendship with Pieter van Doorne, a tulip merchant. Unaware of a terrible bargain her father has made against her future, Francesca pursues her growing affection for Pieter even as she learns to paint like Vermeer, in layers of light. As her talent blooms, 'tulip mania' sweeps the land, and fortunes are being made on a single bulb. What seems like a boon for Pieter instead reveals the extent of the betrayal of Francesca’s father. And as the two learn the true nature of the obstacles in their path, a patron of Francesca’s father determines to do anything in his power to ensure she stays within the limits that have been set for her.

The Golden Tulip brings one of the most exciting periods of Dutch history alive, creating a page-turning novel that is as vivid and unforgettable as a Vermeer painting."

Other books I read on the same subject: