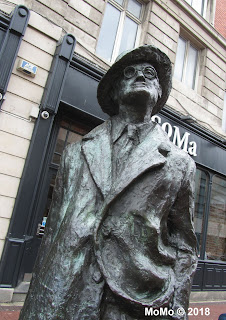 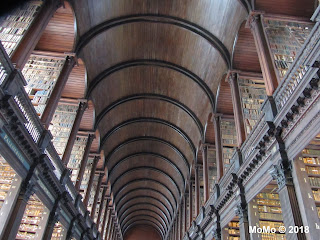 Last month, our family took a trip to Ireland. We visited Belfast where my son did an exchange semester but mainly, we spent our time in Dublin (or Baile Átha Cliath, as it is called in the native Gaelic), capital of the Republic, largest city of the Emerald Isle. Its original name means Blackpool in English. With a little over 1 million inhabitants (1,173,000 to be a little more precise), Dublin is a lovely city with lots of cultural and touristy sites but not too large to get lost in it.

My husband and my sons loved the opportunity to try all sorts of different Irish beers, visit the Guinness brewery and the Jameson distillery, but for me the most important part was its approach to literature.  Slàinte! ("Cheers" in Gaelic)

First, there is the old library in Trinity College which dates back to the times of Queen Elizabeth, the first, not the current one. It was really full, so you couldn't take any nice pictures like the ones you always see online (after all the tourists are out, I suspect) but I still managed to capture a few.
Then there were all the locations I remember from "Ulysses", "Dubliners" or other Irish novels like the ones by Edward Rutherfurd, "Dublin. Foundation" and "Awakening". 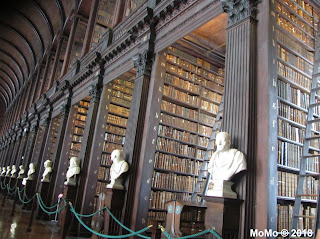 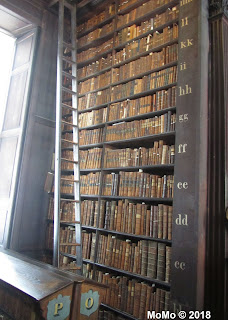 But one of the best parts here was seeing the Statue of James Joyce. I know he is not the easiest writer and maybe not the best liked one, but I love his books and was happy standing face to face with him. He lived from 1882 to 1941 and even though he spent quite a large part of his later life on the continent in Trieste, Paris and then Zurich, Dublin plays a major role in all of his novels. I can imagine how you can never forget this city, especially if you've grown up here. 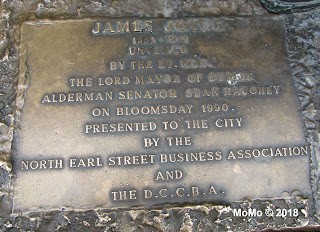 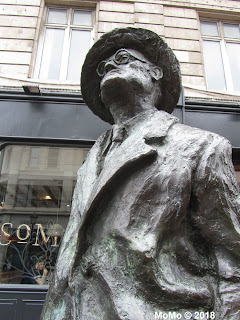 So, I hope you enjoy these pictures at least a little.

Slán! (which simply means "safe" in Irish but also "Good-bye")
Posted by Marianne at 18:57