Kästner, Erich "When I was a little boy" 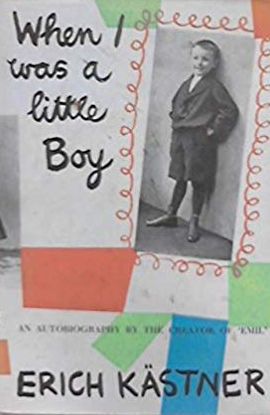 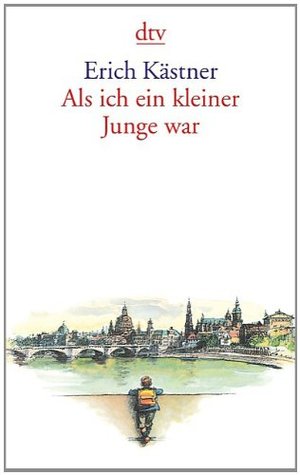 Erich Kästner is a famous German author, even outside of Germany. He has mainly written children's books that were translated and read all over the world and they were also made into many films. He is the author of "Emil and the Detectives" as well as "The Parent Trap", "The Flying Classroom", "The Animal Congress" and "Three Men in the Snow" (to name but a few) and was nominated for the Nobel Prize several times, though never received it. All of his stories are lovely, always with a hint of sarcasm and criticism of our society.

But in this book, he describes his own life. His life as a little boy. Emil Erich Kästner was born in 1899 and his childhood lasted for fourteen years when it was ended by the beginning of the Great War.

Erich Kästner describes his life as a little boy just after the turn of the last century. We see him growing up in Dresden as the only child of a saddle maker and a hairstylist.  They were poor but they were happy.

We see little Erich play with his friends, learn at school, help his mother with her work, we see how families lived a hundred years ago.

Erich Kästner has the gift to describe all the details, even after many years. He wrote this book in 1957, such a long time ago. He mentions that you can't visit his home town Dresden anymore because it was destroyed. He would have been happy to see that they rebuilt a lot of it after the fall of The Wall. It's a lovely city now, I've been and I hope to go again. And the next time I will think about Erich Kästner and all his wonderful novels.

"Autobiography by the author of 'Emil', detailing his childhood in Dresden and giving behind the scenes insight as to how some of the most famous children's books came to be written.

'When I Was a Little Boy' begins with a lament for Dresden: 'I was born in the most beautiful city in the world. Even if your father, child, was the richest man in the world, he could not take you to see it, because it does not exist anymore. (...) In a thousand years was her beauty built, in one night was it utterly destroyed.'"
Posted by Marianne at 14:35