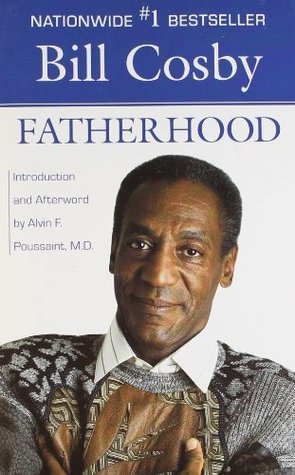 "You know the only people who are always sure about the proper way to raise children? Those who've never had any." Bill Cosby

I love Bill Cosby. "The Cosby Show" is one of the funniest programmes I know. Bill Cosby is both funny and wise, I could listen to his rantings, uhm wisdom, forever. So, it's a good thing he put them all into this fabulous book.

I am not a fan of short stories. But these aren't short stories. They are variations on a theme. Every story is on a different part of one subject, raising children. Bill Cosby knows all about that. I could just quote him all day long. One last one: "Always end the name of your child with a vowel, so that when you yell the name will carry." Wish he'd told me that before I ended both my sons' names with a consonant. ;-)

From the back cover:
"From one of America's most beloved funnymen comes a hilarious look at the lighter side of fatherhood. So, what is fatherhood...?

It's pretending the present you love most is soap-on-a-rope.

It's helping your children learn English as a second language.

It's asking your son to make up a name rather than tell anyone who he is.

It's knowing that 'Everything's okay, Dad!' means 'I haven't killed anyone!'

It's the book every father will love.

It's Bill Cosby at his wittiest, wisest, and warmest.

'Bill Cosby makes fatherhood come alive. He takes us on a comedic yet insightful journey through the awesome shifting sands of parenthood. Though this volume is titled Fatherhood, its effect will be to strengthen the entire family.' - from the afterword by Alvin F. Poussaint, M.D. "
Posted by Marianne at 13:12