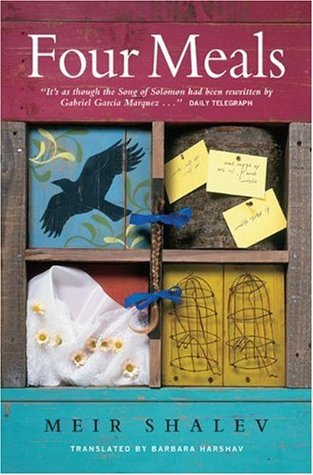 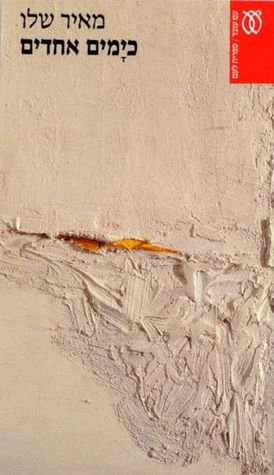 Three men love Judith, two farmers and a cattle dealer. Even though they all want to marry her, she doesn't marry anyone but has a son instead.

When Judith dies, all three men want to be the father of the boy and invite him to a meal to get to know him better.

Very short description of an extraordinary story. The boy doesn't just learn about his mother's past but also about life and love, relationships, destiny. This novel contains so many different characters and so many different traits in those characters. The author manages to describe not just those few people but almost everyone in the village. And the meals have a certain meaning, too.

"From the author of the critically acclaimed A Pigeon and a Boy, the extraordinary story of Zayde, his enigmatic mother Judith, and her three loversWhen Judith arrives in a small, rural village in Palestine in the early 1930s, three men compete for her attention: Globerman, the cunning, coarse cattle-dealer who loves women, money, and flesh; Jacob, owner of hundreds of canaries and host to the four meals which lend the book its narrative structure; and Moshe, a widowed farmer obsessed with his dead wife and his lost braid of hair which his mother cut off in childhood. During the four meals, which take place over several decades, Zayde slowly comes to understand why these three men consider him their son and why all three participate in raising him. A virtuoso performance of spellbinding storytelling, this is a deeply satisfying read - sensuous, hilarious, compassionate, and profound."
Posted by Marianne at 19:07