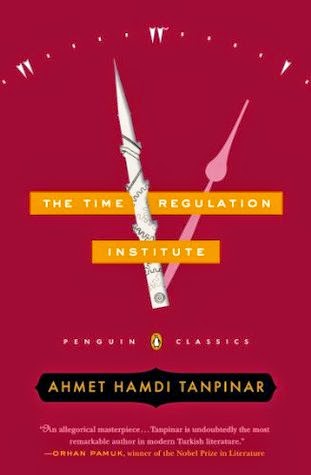 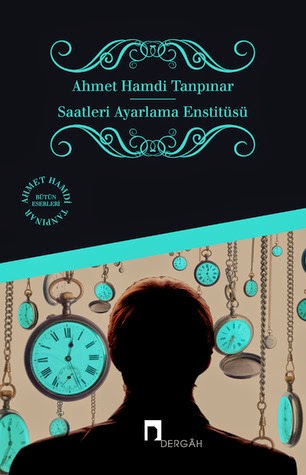 Ahmet Hamdi Tanpınar was not known to me until now. Except that one of my favourite authors, Orhan Pamuk, says that he is his favourite author. Could there be a better recommendation?

The story is satire at its best. What do we not need? Bureaucracy. And what do we need even less than bureaucracy? An institute that is worth nothing, that does not serve any purpose and that is full of people who are related to its creator.

The author manages to tell a hilarious tale of an adventurer who uses mankind's weaknesses against itself. The protagonists Hayri Irdal and his opponent Halit Ayarci could not be any different and, yet, they complete each other perfectly. They represent both the old and the modern Turkey, the bridge between Orient and Occident. Together they form "The Time Regulation Institute" that wants to ensure that everyone has the correct time. Even read without the background, it is a hilarious story and Ahmet Hamdi Tanpınar manages to get you interested every single second you are reading the book.

It's as contemporary now as it was more than half a century ago when it was written. Next to a pleasurable story, it gives you a brilliant insight into Turkish culture and history.

If you like Turkish authors, this is a MUST.

We discussed this in our book club in January 2015.

"A literary discovery: an uproarious tragicomedy of modernization, in its first-ever English translation

Perhaps the greatest Turkish novel of the twentieth century, being discovered around the world only now, more than fifty years after its first publication, The Time Regulation Institute is an antic, freewheeling send-up of the modern bureaucratic state.

At its center is Hayri Irdal, an infectiously charming antihero who becomes entangled with an eccentric cast of characters - a television mystic, a pharmacist who dabbles in alchemy, a dignitary from the lost Ottoman Empire, a “clock whisperer” - at the Time Regulation Institute, a vast organization that employs a hilariously intricate system of fines for the purpose of changing all the clocks in Turkey to Western time. Recounted in sessions with his psychoanalyst, the story of Hayri Irdal’s absurdist misadventures plays out as a brilliant allegory of the collision of tradition and modernity, of East and West, infused with a poignant blend of hope for the promise of the future and nostalgia for a simpler time."
Posted by Marianne at 14:27