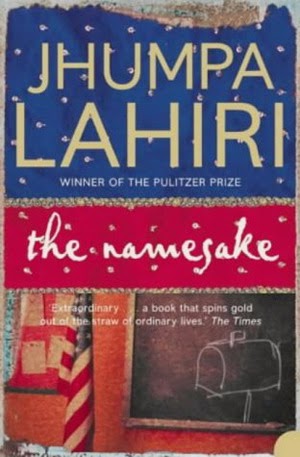 A very interesting book about an immigration family and their children born in their new country. The author has the same background as the protagonists and you can tell that from her writing.

Anybody living in a different country than the one they originally come from has some sort of similar experiences and even though the differences are not so big in my case, I could understand the background quite well.

I loved everything about the book, the characters, yes, all of them, the story itself, how the Bengal couple tries to set up their life in the United States of America, how their children try to juggle their lives between being Indian and being American, how they try to find their identity.

There are so many different characters in the story, Ashoke who decides to leave his country, Ashima who accompanies him because that's what a wife does, Gogol who is never happy with his given name, who has a problem when in India where he doesn't feel Indian and in the US where he doesn't feel American, or at least doesn't look American, his sister Sonia who seems to have fewer problems than her older brother. And then there are the friends, the other Indian families, the Americans.

The book also contains some funny stories, for example the one how Gogol receives his name, how everything has not been intended this way.

All in all, a memorable read, I would recommend it to anybody.

I read this has been made into a movie, one that stays with the book, this is one I would love to watch.

"Gogol is named after his father's favourite author. But growing up in an Indian family in suburban America, the boy starts to hate his name and itches to cast it off, along with the inherited values it represents. Gogol sets off on his own path only to discover that the search for identity depends on much more than a name."

This is also a book that mentions a lot of other books, both the protagonist and his father like to read.
Buck, Pearl S. "The Good Earth"
Crane, Stephen "The Red Badge of Courage"
Fitzgerald, F. Scott "The Great Gatsby"
Gogol, Nikolai "The Overcoat"
Maupassant, Guy de  "The Necklace"
Wharton, Edith "Ethan Frome"
Posted by Marianne at 15:13