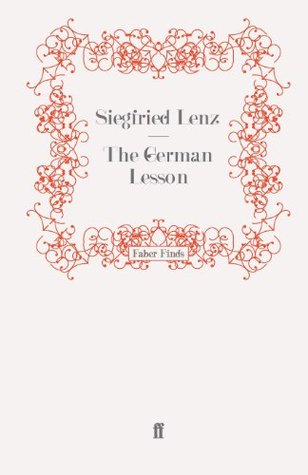 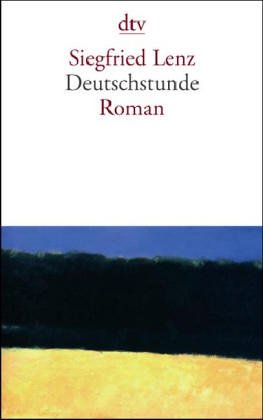 I can't believe I didn't read this until now. There are so many different ways to write about World War II, this is one aspect that probably a lot of people had to face, one member of the family (the father) definitely pro-Nazi, another one (the son) against. Must have been so hard. It reminds me of something some of my friends tell me about their families in the US and their clashes between Republicans vs. Democrats.

In any case, I read somewhere that this is not about World War II but about duty. I can only slightly agree. Of course, one has to fulfill one's duty but one should not just obey blindly, always use your brain, as well. That is my opinion.

I have read other books by Siegfried Lenz before, e.g. "Landesbühne" and "Zaungast" but neither of them have been translated, so I didn't write a review. But I enjoyed them all.

A remarkable book. What does a young boy do when his broadening mind clashes with narrow-mindedness? The author certainly tries to help his generation to overcome the restrictions laid upon them by the Nazi party. He actually belonged to a group of other writers called Group 47 that was created to renew German literature after World War II as well as in giving young authors the possibility to find an audience. The group certainly was very successful if you consider that very famous German authors like Ingeborg Bachmann, Heinrich Böll, Günter Eich, Hans Magnus Enzensberger, Erich Fried, Günter Grass, Peter Handke, Uwe Johnson, Erich Kästner, Hans Werner Richter and Martin Walser (to name but a few) belonged to its members. Quote a few of them received renowned awards, two of them (Böll and Grass) even received the Nobel Prize for Literature and two the Peace Prize (Siegfried Lenz and Martin Walser). I want to believe that this group also had an influence on this book.

The novel is written in a great style, I don't know how well it translates but the original German is absolutely beautiful.

From the back cover: "In writing this novel, one of the major works of German fiction to appear since the Second World War, Siegfried Lenz has written, 'I was trying to find out where the joys of duty could lead a people.' His exploration is a disturbing triumph. Siggi Jepsen, the protagonist, is embroiled in the conflict between the totalitarian Nazi government and a creative artist. As a young boy he watched his father, constable of the northernmost police station in Germany, doggedly carry out orders from Berlin to stop a well-known Expressionist, their neighbour, from painting and to seize all his 'degenerate' work. Soon Siggi is hiding the paintings to keep them safe from his father. Against the great brooding landscape of the Danish borderland, Siggi recounts the clash of father and son, of duty and personal loyalty in wartime Germany."

Siegfried Lenz received the Peace Prize of the German Book Trade (Friedenspreis) in 1988.
Posted by Marianne at 16:02