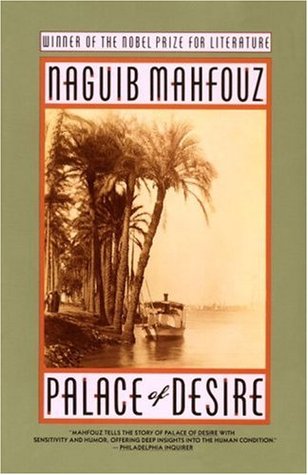 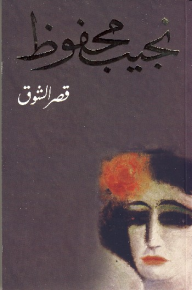 "Palace of Desire", Part 2 of the Cairo Trilogy, starts in 1924, five years after "Palace Walk" ends. The children have grown up, even the youngest son and the family moves on after several backdrops. al-Sayyid Ahmad Abd al-Jawad, the Patriarch, still tries to control his children but he is less successful than in the first book.

Again, we meet all the friends and neighbours of the family, the sons-in-law, the girls pursued by the sons - and the father. A story that really deserves the title "saga".

We also learn again about the Egyptians' view of the British occupation and can totally understand them. Why should one country rule over another?

I know I mentioned I love big books but what I love even more is a continuation of a big book that makes it even bigger. This is one of those cases. I'm looking forward to the third part, "Sugar Street".

From the back cover:
"The sensual and provocative second volume in the Cairo Trilogy, Palace Of Desire follows the Al Jawad family into the awakening world of the 1920's and the sometimes violent clash between Islamic ideals, personal dreams and modern realities.

Having given up his vices after his son's death, ageing patriarch Al-Sayyid Ahmad pursues an arousing lute-player - only to find she has married his eldest son. His rebellious children struggle to move beyond his domination as they test the loosening reins of societal and parental control. And Ahmad's youngest son, in an unforgettable portrayal of unrequited love, ardently courts the sophisticated daughter of a rich Europeanised family."

Naguib Mahfouz "who, through works rich in nuance - now clear-sightedly realistic, now evocatively ambiguous - has formed an Arabian narrative art that applies to all mankind" received the Nobel Prize for Literature in 1988.

I contribute to this page: Read the Nobels and you can find all my blogs about Nobel Prize winning authors and their books here.
Posted by Marianne at 13:08