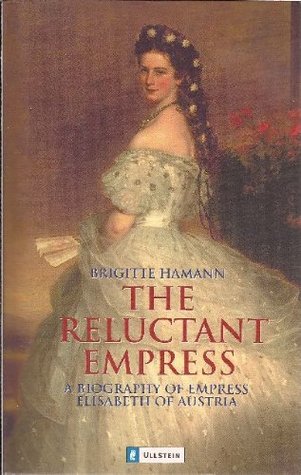 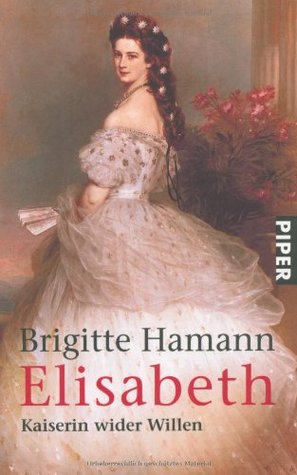 Every German has seen the trilogy about "Sissi", the Austrian empress. There is a picture we have of her and that is bitter-sweet. I therefore was happy to find this book about her, a well worked out biography which gives a much deeper impression of the German that married the leader of the Austro-Hungarian empire in 1854 at the age of 16. It is supposedly one of the best biographies on her.

I don't think I would want to be in the position of any royal person today but back in the day it must have been even more horrible, all those rules, that etiquette you had to follow, being social with people all the time, even if they were critical of you. I think Elisabeth would have been a lot happier with her "Franzl" if he hadn't been an emperor, as she said before her wedding.

We don't just meet Elisabeth in this book, we also learn about the difficulties between the Austrians and the other country that "belonged" to them. We can even see how the first signs for World War I were set in this country and in this family. What a pity. How many horrors would have been avoided if this hadn't been the case, there probably wouldn't have been a second World War and millions of people would have been saved.

A great read about an impressive woman. If you're at all interested in European history, this is a Must!

Description:
"She was the romantic idol of her age, the extraordinarily beautiful and mysterious Empress Elisabeth of Austria whose exploits made her a legend in nineteenth-century Europe and beyond. This biography by Brigitte Hamann reveals the truth of a complex and touching, curiously modern personality, her refusals to conform, escaping to a life of her own, filled with literature, ideas and the new political passions of the age."
Posted by Marianne at 11:22