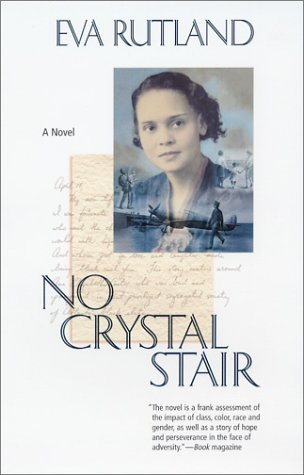 What an interesting story. If you expect a book about slavery when you hear "the saga of a black family", you are mistaken. This is the story of a girl growing up in a rich family, a girl who has to live with racism but quite different from that of most African Americans back then and even now. However, she marries outside of her familiar and comfortable society and has to adapt to various different types of lifestyle.

Apparently, this book is largely autobiographical. It's easy to guess if you compare the description of the author at the back of the book with the synopsis. Maybe that's what makes this story so lifelike.

From the back cover:
"Ann Elizabeth Carter grew up in the segregated Atlanta of the 1920s and 1930s, part of the black privileged class, the much-loved daughter of a doctor, and the granddaughter of a slave. She was a charming, confident young woman with a well-planned life ahead of her.
Then she upset all those plans when she fell in love. It was 1942 and Robert Metcalf was a member of the first black unit in the Army Air Corps, stationed at Tuskegee, Alabama.
For the first time, she left her sheltered life in Atlanta to marry Rob. For the first time, she had to learn what it really meant to be a black woman in 20th-century America.
During the decades that followed, Ann Elizabeth's life, and her marriage, were shaped by the changes that shook the country, that redefined it. During those decades, she learned the truth of a lifetime. You have to guard the love you find, and overcome the hate that finds you."

General remark:
There is one thing that always annoys me, when I read foreign books that mention Germany or German towns (and this has nothing to do with the contents of this book). It's the misspelling. German is quite a phonetic language, most of the time, letters are pronounced the same, not like in English where you wouldn't know how to pronounce a word if you've never heard it before.
I would understand if it were small villages where nobody could check in former times how the correct spelling is. But Wiesbaden? It's spelt "IE", not "EI". Often, these two letters are turned around, especially by Americans, when they see a German name. In most countries, an "I" is pronounced "EE" all the time, and if an "E" follows, it's just a longer "E". Foreigners see the "IE" and pronounce it "I" as in "like" but then they get told it's pronounced "EE" as in "three" and all of a sudden, they misspell the word.

If anyone is interested, I found a very nice blog explaining German pronunciation to English speakers here.
Posted by Marianne at 13:03