McLeod, Cynthia "The Cost of Sugar" 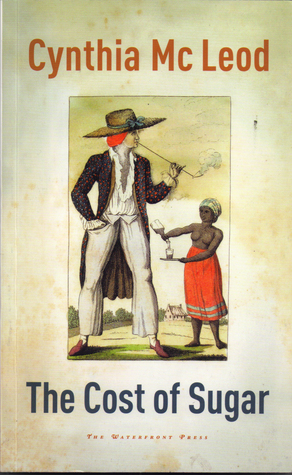 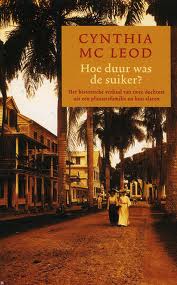 Cynthia McLeod is probably not much known internationally but her books have been translated into English. Being born in Paramaribo, Suriname, she writes in Duch.

This story tells us all about life in that country in the 18th century. It starts with Elza and Sarith, two half-sisters who have grown up with all the comfort and convenience of slave holders from that time. But we don't just get to know the slave holders, we also get a good glimpse of the slaves and how they live together with their masters, some kind, others not so much. A lot of the plantation owners are Jewish and that is also causes problems. And then there are the Dutch who come to settle in the country.

The big question is not how much do people pay for the sugar in Europe, the question is how much did it cost to produce that sugar, how many lives are wasted in order for us to have sweet dishes. I think this is a question we still have to ask ourselves whenever we buy something cheap from other countries where workers are exploited so we can have a good life. And then there is the still existing question why some people think they are worth more or they are more intelligent because their skin is a little lighter than that of others. Those are the ones that are the less intelligent ones.

A lively, thrilling story, fascinating, sad and enthralling. I did enjoy reading this.

I read this book in the original Dutch language.

From the back cover:
"The Cost of Sugar is the historical story of Jewish family planters and their slaves in Suriname. Now a major motion picture, The Cost of Sugar gives an engrossing account of eighteenth century Suriname at the time when the country was ruled by the Dutch. The hypocrisies behind the veneer of a respectable colonial life are revealed through the eyes of two Jewish step sisters, Elza and Sarith, descendants of the settlers of New Jerusalem of the River' known today as Jodensavanne. Their pampered existences become intertwined with the fate of the plantations as the slaves decide to fight against the violent repression they have endured for too long... Cynthia McLeod presents a frank exposé of life in a Dutch colony when sugar was king and demanded the consummate allegiance of all - colonists and slaves - regardless of the tragic consequence."
Posted by Marianne at 12:17