Happy January to all my friends and readers 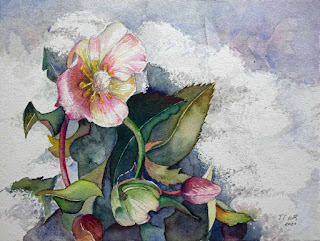 I wish you all a very happy January and an even happier year 2021. I think we all hope that this year will be better than the last, that the vaccinations can take place soon and that we can go back to a halfway normal life.

In the last months, I wrote about some German traditions and received many positive comments about that. I will try to keep it up this year and hopefully can bring you some more interesting facts about my home country.

I was born and grew up in Northern Germany, the state of Lower Saxony. In many parts of the North, people still speak Low German (or Low Saxon) which is considered a separate language from the High German and is closely related to Frisian, Dutch and English. But don't worry, I'm not going to bore you with linguistics, I just tell you the name of the month of January in Low German, it's "Schneimaond" (snow month). Not that many of us, especially in the North, see much of that anymore. Thanks, climate change!

The area I live in is very rural and people still would recite weather lores (we call them farmers' rules) when I was little. One that goes for January is:
If there was no real winter until Epiphany, there won't be any afterwards. (War bis zu Dreikönig kein rechter Winter, dann kommt auch keiner mehr dahinter. They often rhyme.) We'll see about that.
* * *

There are two traditions in our area in January that the children partake in. The first one happens on the 1st of January, in the early morning. Kids go from house to house in the neighbourhood to wish everyone a happy new year. In my childhood, we would mostly get an orange for that, nowadays it's sweets (almost like Americans do at Halloween).

The second tradition happens all over Germany, especially in the Catholic areas. On Epiphany (6th of January), kids dress up as the three wise men and go from house to house to collect donations for a good cause (usually with an adult accompanying them). They then write a sign on all the houses that participated (this year it's 20+C+M+B+21, the CMB standing for "Christus mansionem benedica" which means "Christ bless this house"). We call them star singers (Sternsinger). The activity is organized by the church, often with a communal mass afterwards.
One more thing, while the song "The Twelve Days of Christmas" is completely unknown in Germany, we leave our Christmas tree up until at least the twelfth day which is Epiphany. We used to leave it up until the 2nd of February (Candlemas).

Have a happy January with this beautiful watercolour painting by Frank Koebsch. The lenten rose (Helleborus orientalis) is also called Spring Christmas rose.

You can find many more wonderful pictures on their website here.


You can also have a look under my labels Artist: Frank Koebsch and Artist: Hanka Koebsch where you can find all my posts about them.