Bragg, Melvyn "A Son of War" 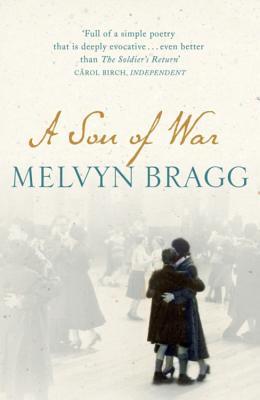 A continuation of "The Soldier's Return". Whereas the first story was all about the soldier Sam, this one tells us more about the rest of the family. As mentioned in my other review, it is hard for a family to get back to normal if one of the members has been away for a long time. In this case it is even more difficult, as the father has been away to war. Here, the author describes the changes for the wife and son and how their life changes with the husband and father being back in their lives.

Again, this is totally worth reading, a timeless story that could take place anywhere and anytime when people have been separated against their own will and then have to get back to their routines together. Great novel, I really would recommend it to anyone.

From the back cover:
"This novel takes up where The Soldier's Return left off, following the lives of the Richardson family from 1947 to the mid-1950s. The terrible upheavals of the Second World War reverberated in the peace that followed, and many found a return to the old life far more difficult than they had anticipated. If the earlier novel focused on the father, Sam, the sequel gives equal emphasis to the son, Joe, who is eight as the novel opens and an adolescent as it closes. The Richardsons, emblematic of a whole generation, are depicted with the same attention to detail, the same affection and compassion, the same lack of sentimentality, as in The Soldier's Return. They are a family forever altered by an experience later generations can scarcely imagine, yet whose hopes, compromises, and quiet triumphs form the fabric of everyday, universal life.

A SON OF WAR was a huge bestseller in the U.K.

The major, stunning reviews of The Soldier's Return - comparing Bragg to Hardy and D. H. Lawrence - -set the stage for even greater success for the sequel.

As most British reviewers noted, these two novels are the crowning achievement of Bragg's career, 'the novels he was born to write.'

Melvyn Bragg is a major television personality both in the U.K. and here in the States."
Posted by Marianne at 21:04