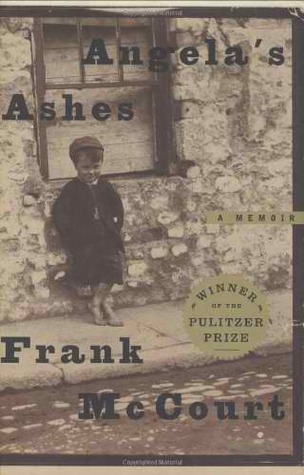 I read this book ages ago, with my first book club in the UK. A wonderful autobiography, so vivid. And miserable. What a miserable life. Tolstoy starts "Anna Karenina" with: "Happy families are all alike; every unhappy family is unhappy in its own way." Frank McCourt even adds to this: "Worse than the ordinary miserable childhood is the miserable Irish childhood." Now, this family has a very miserable childhood and Frank McCourt has a talent describing it, unbelievable. You ask yourself how people can live like that. An alcoholic father, sick children, no job, no money, no food.

But there is also hope in this book, and Frank McCourt is the best proof to that. Despite his miserable childhood, he managed to become a teacher and then a Pulitzer Price winning author.

"Stunning reissue of the phenomenal worldwide bestseller: Frank McCourt's sad, funny, bittersweet memoir of growing up in New York in the 30s and in Ireland in the 40s.

It is a story of extreme hardship and suffering, in Brooklyn tenements and Limerick slums – too many children, too little money, his mother Angela barely coping as his father Malachy's drinking bouts constantly brings the family to the brink of disaster. It is a story of courage and survival against apparently overwhelming odds.

Written with the vitality and resonance of a work of fiction, and with a remarkable absence of sentimentality, ‘Angela’s Ashes’ is imbued on every page with Frank McCourt's distinctive humour and compassion. Out of terrible circumstances, he has created a glorious book in the tradition of Ireland's literary masters, which bears all the marks of a great classic."

Frank McCourt received a Pulitzer Prize for his autobiography in 1997.
Posted by Marianne at 21:12