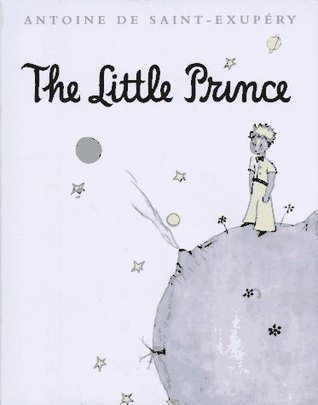 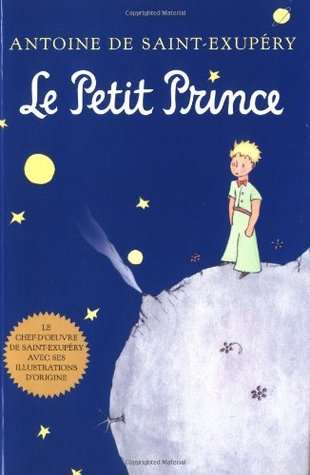 "It is only with the heart that one can see rightly; what is essential is invisible to the eye."

One of my favourite quotes ever. A wonderful novella about love and how we look at things.

The narrator is a pilot who crashes over the Sahara. He meets the little prince there, a visitor from an asteroid. While he tells him about his travels, he also talks about his planet and the rose he left behind.

I don't know anyone who hasn't read this. If you haven't, you should definitely start. Also a great piece if you want to practise your French.

From the back cover:
"'Six years ago,' writes Antoine de Saint-Exupéry, 'I made a forced landing in the Sahara, alone, a thousand miles from help, and faced the necessity of repairing my motor by myself within the number of days my supply of drinking water would last. The first morning I was awakened by a gentle but determined voice which said 'If you please, draw me a sheep'.' Thus it was that he met the Little Prince, whose strange history he learned, bit by bit, in the days that followed.
The Little Prince lived alone on a tiny planet no larger than a house. He possessed three volcanoes, two active and one extinct, although on never knows about volcanoes. He also owned a flower, unlike any flower in all the galaxy, of great beauty and of inordinate pride. It was this pride that ruined the serenity of the Little Prince's world and started him on the travels that brought him at last to the Earth where he learned finally, from a fox, the secret of what is really important in life.

To preserve his memory of the Little Prince, Saint-Exupéry has made some forty watercolors, whimsical, gravely meticulous in detail. Each is an almost essential part of the story.

There are a few stories which in some way, in some degree, change the world forever for their readers. This is one."
This was our book club read in January 2021.

There were several members in our club who don't care too much for the book. It's not one of my favourite since it tends to go into the fantasy category. But, as I said earlier, it's worth reading it in French.
Posted by Marianne at 21:13