Clarke, Marcus "For the Term of His Natural Life" 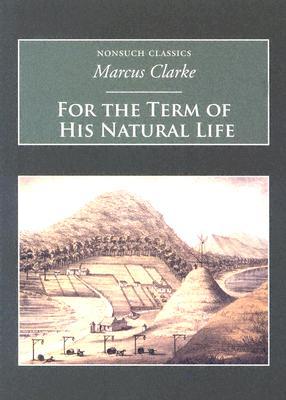 This novel was recommended to me by one of my Australian friends, it describes the life of a convict from when he first gets condemned through the voyage to the new continent and the rest of his life. The story is very gripping and the author has a great way of describing the life of these poor creatures. I would have preferred it to be a "normal" convict, though, someone who has committed a petty theft but was too poor to defend himself, unless the average convict was of noble birth and had done nothing wrong in  his life. I also didn't like the way it all came together in the end, just a little too smooth for my liking.

However, having said that, the description of the lives of the prisoners was very interesting and I have certainly not read any book on this subject with so much detail. What a horrible life those poor people had to lead. No wonder that those who have made it through all those ordeals have the best descendants ever. I have met many Australians and they are all very warm-hearted and kind. That is one of the main reasons I want to read more about their history.

This is not my first book about Australian and its first settlers, Kate Grenville's "The Secret River" is also a brilliant one, then there's "English Passengers" by Matthew Kneale and "The Floating Brothel" by Siân Rees, both also very worth reading. I am still looking for a book I read ages ago about someone who belonged to the first convicts who were released and settled on the land while the aborigines were not in the area and then had to face them when they returned. If anyone has a suggestion as to the title of that one, I'd be very grateful.

From the back cover:
"Perhaps Australia's most significant and most famous 19th-century colonial novel, For the Term of His Natural Life is a narrative of great suffering-of whips, chains, and man's inhumanity. There is no attempt to soften the truth of the degradation and cruelty in convict Australia. Yet the novel is peopled with vivid characters - Rufus Dawes, condemned to transportation for a crime he did not commit, is one of the most unforgettable characters in Australian literature."
Posted by Marianne at 19:27