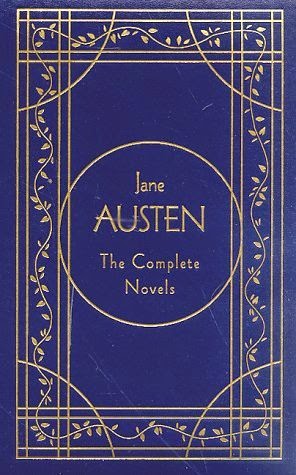 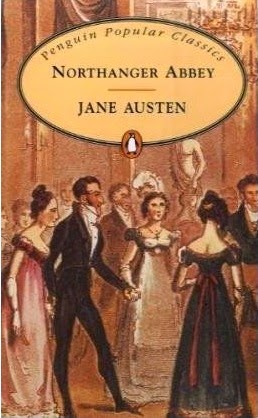 This was the fifth book I read with this blog and the challenge to read and discuss Jane Austen's novels with a view of the mothers in the stories.

The first four novels we discussed were "Pride & Prejudice", "Mansfield Park", "Persuasion" and "Emma" which I have already reviewed earlier here.

If you have not read this novel, I refer you to my more general review here because this one will contain spoilers.

The heroine of this novel is Catherine Morland, a young girl who loves reading gothic novels. We accompany her on her first outing to Bath where she is taken by her neighbours, Mr. and Mrs. Allen.

Same as in "Emma", there are not many mother figures in this novel but I think they are more prominent here even though they might be less visible. They might not be mentioned as much but you can see their influence nonetheless.

Mrs. Allen
Mrs. Allen has no children of her own and therefore serves as chaperone, takes our heroine Catherine Morland to Bath and tries to introduce her into the society there. This leads to the Thorpe's assumption that Catherine will inherit their wealth. She does not seem to be very organized, though, and small problems of any sort are a major hurdle for her. She means well, though, and really likes Catherine for herself.

Mrs. Morland
Mrs. Morland, Catherine's real mother, certainly is a good and loving woman who wishes her children all the best but in the end is not much better than Mrs. Allen. After all, she lets her daughter go with the latter to a place she does not really know herself. She is quite kind and more practical, though, and probably believes it is for the better to send her daughter away.

Mrs. Thorpe
Mrs. Thorpe, the third mother who has quite an influence on Catherine Morland's life, though not necessarily the way she would like to. She is also not the kind of person you would like to raise your children, seems to be more occupied with herself and her clothes rather than her own children. She is not very successful with their upbringing, either, although she does want what every parent wants: the best for her children.

Mrs. Tilney
We don't really meet Mrs. Tilney as she has been dead for almost a decade before our story even starts. However, she is important to the story and the life of her children and also our heroine Catherine Morland.

I have always thought that "Northanger Abbey" is not comparable to Jane Austen's other novels, it has always been my least favourite. However, in rereading it, the story definitely grew on me and I came to like Catherine Morland who seemed to become a good kind of person despite all the mother figures (or shall we say non-mother figures) in her life. I do prefer her own mother over all the others but that is not necessarily a praise.

From the back cover: "Catherine Morland is an Austen heroine unlike any other--youthful and naive, with a lively imagination fed by the popular Gothic novels she so loves to read. But when Catherine meets the wealthy and charming Henry Tilney during a vacation in Bath, and visits his family's sinister and mysterious estate, she begins to suspect that some of the dark doings she's read about just might be true... One of Austen's earliest works, Northanger Abbey offers fascinating insights into her perspective as a writer and a reader. The world's greatest works of literature are now available in these beautiful keepsake volumes. Bound in real cloth, and featuring gilt edges and ribbon markers, these beautifully produced books are a wonderful way to build a handsome library of classic literature. These are the essential novels that belong in every home. They'll transport readers to imaginary worlds and provide excitement, entertainment, and enlightenment for years to come. All of these novels feature attractive illustrations and have an unequalled period feel that will grace the library, the bedside table or bureau."

Find a link to all my Jane Austen reviews here.

See more comments on my ThrowbackThursday post in 2022.
Posted by Marianne at 14:26