Eco, Umberto "The Name of the Rose" 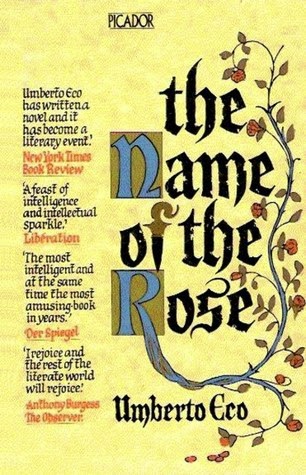 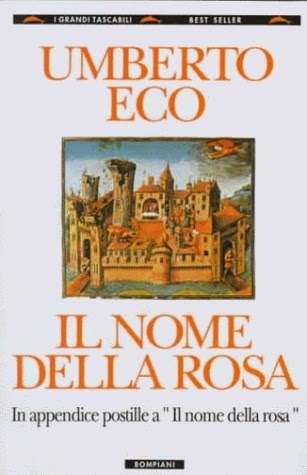 I think I wanted to read this book ever since I first heard about the movie. And that has been a couple of decades ago. Well, finally I made it. But I still do not know why the title is "The Name of the Rose" but maybe that will forever remain a mystery.

The book certainly is one. A murder mystery. A monastery in the 14th century. One death occurs after the other, some of them seem very suspect, but for most of them it is very clear that another person caused the death. In other words, there is a mass murderer at large. Two visiting monks start to investigate and find a lot of links, some of them correct, others definitely false.

But that is not the most interesting part of the story, at least not for me. I am not the biggest fan of crime stories. But what fascinates me is the library and the labyrinth built around it to prevent people from entering and getting books they shouldn't see. If you are interested in medieval buildings, labyrinths and especially libraries, this is the ideal book. Furthermore, there are a lot of names that seem familiar, a lot of homages paid to real or fictitious persons (Brother William of Baskerville aka Sherlock Holmes, the blind monk Jorge of Burgos pays tribute to Jorge Luis Borges).

There are a lot of allusions to the bible, e.g. the seven trumpets of the biblical apocalypse who proclaim the events of the end of the world are not just used as a scheme of the narration, the novel is also divided into seven days.

I also found the discussions about the Franciscans interesting. Having grown up in a village with a Franciscan monastery and also continued to know Franciscan monks all my life, it was new to me that they had been regarded as heretics at the beginning.

I would have loved to visit this abbey and explore the library as our protagonists do. But since I can't do this, I will have to reread the book again. Which I certainly will do one day.

If you are interested in the middle ages, or in books, or in murder mysteries, or in classics ... you should read it, as well.

"Novel by Umberto Eco, published in Italian as Il nome della rosa in 1980. Although the work stands on its own as a murder mystery, it is more accurately seen as a questioning of 'truth' from theological, philosophical, scholarly, and historical perspectives. The story centers on William of Baskerville, a 50-year-old monk who is sent to investigate a death at a Benedictine monastery. During his search, several other monks are killed in a bizarre pattern that reflects the Book of Revelation. Highly rational, Baskerville meets his nemesis in Jorge of Burgos, a doctrinaire blind monk determined to destroy heresy at any cost."

And here is a wonderful part of the book that shows some of the explanations given by the philosophers:

"'An admirable fortress,' he said, 'whose proportions sum up the golden rule that governed the construction of the ark. Divided into three stories, because three is the number of the Trinity, three were the angels who visited Abraham, the days Jonah spent in the belly of the great fish, and the days Jesus and Lazarus passed in the sepulcher; three times Christ asked the Father to let the bitter chalice pass from him, and three times he hid himself to pray with the apostles. Three times Peter denied him, and three times Christ appeared to his disciples after the Resurrection. The theological virtues are three, and three are the holy languages, the parts of the soul, the classes of intellectual creatures, angels, men, and devils; there are three kinds of sound - vox, flatus, pulsus - and three epochs of human history, before, during, and after the law.'
'A wondrous harmony of mystical relations,' William agreed.
'But the square shape also,' the abbot continued, 'is rich in spiritual lessons. The cardinal points are four, and the seasons, the elements, and heat, cold, wet, and dry; birth, growth, maturity, and old age; the species of animals, celestial, terrestrial, aerial, and aquatic; the colors forming the rainbow; and the number of years required to make a leap year.'
'Oh, to be sure,' William said, 'and three plus four is seven, a superlatively mystical number, whereas three multiplied by four makes twelve, like the apostles, and twelve by twelve makes one hundred forty-four, which is the number of the elect.' And to this last display of mystical knowledge of the ideal world of numbers, the abbot had nothing further to add. Thus William could come to the point."
Posted by Marianne at 16:07