Hawkins, Paula "The Girl on the Train" 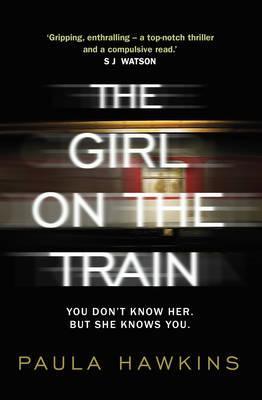 Before I started reading this book, I wasn't sure whether I would like it or not. If I would have have to make a guess, I probably would have thought I might not like it.

So, I was quite surprised to find that I did like it. A lot, actually. I am NOT a fan of mysteries, thrillers, crime stories, chick lit, and this has a little of all of them. The girl on the train looks at the people in the gardens while she passes them by. It's interesting to see how much she can see from the short glances she gets. Makes you think whether you can spin a story from every glimpse you get from anybody's life.

Anyway, the story was well written, full of suspense (although it is easy to guess what happened but you are not a hundred percent sure). Rachel, the protagonist, leads a bad life, she's an unemployed alcoholic. The way her life is described makes you realize how empty such a life can be.

I wouldn't say this was the best book I read last year but it certainly had something.

From the back cover: "Rachel catches the same commuter train every morning. She knows it will wait at the same signal each time, overlooking a row of back gardens. She’s even started to feel like she knows the people who live in one of the houses. ‘Jess and Jason’, she calls them. Their life – as she sees it – is perfect. If only Rachel could be that happy.
UNTIL TODAY
And then she sees something shocking. It’s only a minute until the train moves on, but it’s enough.
Now everything’s changed. Now Rachel has a chance to become a part of the lives she’s only watched from afar.
Now they’ll see; she’s much more than just the girl on the train…"
Posted by Marianne at 11:40