Schimmel, Betty "To See You Again" 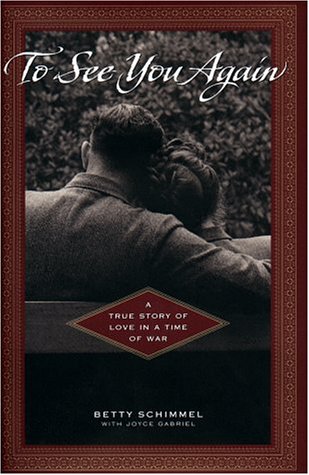 Schimmel, Betty with Gabriel, Joyce "To See You Again. A True Story of Love in a Time of War" - 1999

A lot of my friends will say "not another Holocaust survival story". And if that's not your cup of tea, don't touch it. However, this is a remarkable account of a strong woman, of several strong women indeed, who survived the most awful ordeal anyone can survive and grow stronger through this survival. I know Betty Schimmel didn't write this book alone, she had a helper. But that doesn't change the story she tells. It is heartbreaking.

We can all learn from people like Betty Schimmel, not to give up even when everything looks hopeless. A good read. Almost like "The Diary of a Young Girl" by Anne Frank with a happy(er) ending.

Apparently, Kenneth Brannagh plans to turn this story into a movie. It should be a success.

From the back cover: "The sunset was breathtakingly beautiful, the bright orange sun slipping from view below the horizon as we watched from the high banks of the Danube. The sky was slashed with vivid arcs of fuchsia, purple, and gold. Suddenly I felt a chill down my spine as the last of the light fade. 'Will you always love me just as you love me now' I asked. Richie cupped my face in his hands and lightly kissed my lips, soft as a whisper. 'Always,' he promised.
With these words, Betty Markowitz and Richie Kovacs pledged their hearts to each other forever. They met as children in 1939 in Budapest, where Betty and her family had fled to escape the escalating tensions in Czechoslovakia. As teenagers, they fell in love amid the terror and uncertainty of a world at war. They planned their future together, secure in the belief that their love could survive anything, even Hitler.
Then, in March 1944, the Germans invaded Hungary.
Separated from Richie by the Nazis, Betty vowed that someday she would find him again. Even when her mother, sister, brother, and she were forcibly marched from Hungary and imprisoned in a concentration camp, where they endured unimaginable horrors, she never gave up hope. In all the years that followed - through Liberation, through her marriage to Otto Schimmel, an Auschwitz survivor who promised her a new life in America, through the joy and struggle of raising her own three children - Betty never forgot her first love.
Then in 1975 she returned to Budapest and saw someone across a crowded room.
A story that unfolds with all the suspense and drama of a novel, it is all the more compelling because it's true. To See You Again follows Betty Schimmel on her journey from independent young girl on the threshold of adulthood to Holocaust survivor to wife and mother at a pivotal crossroads. When Betty returned to Budapest, she faced the most agonizing choice of her life. It would force her to question everything, from her values to her desires to the meaning of betrayal. Confronted with a secret that had been held for over a quarter of a century, this woman who had already suffered grievous losses would now make a surprising discovery about herself and her capacity for love and forgiveness."
Posted by Marianne at 14:21