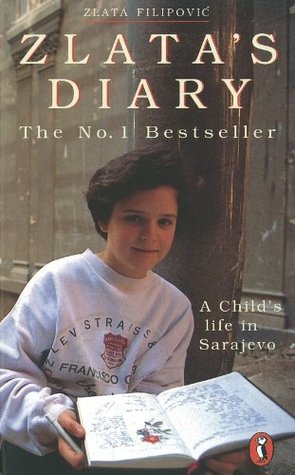 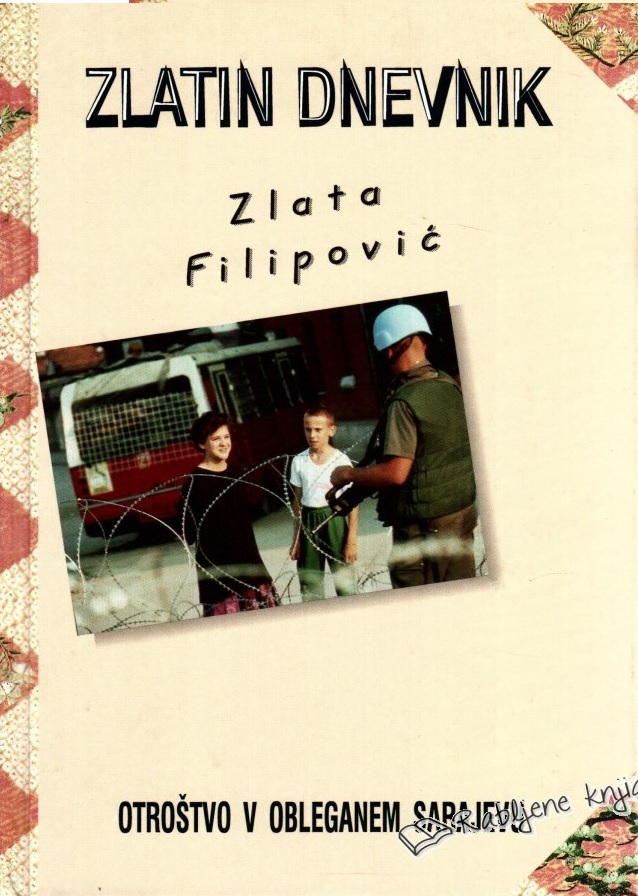 I recently read "Rose of Sarajevo" by Ayşe Kulin and remembered that I always wanted to read this book. My son read it in school and so it was in our house. No chasing after it in a bookshop or waiting until my library found it on an inter library exchange.

This is a wonderful account about a war. The interesting thing is that Zlata started this diary before the war where she is all girly and interested in all the stuff girls of her age are just interested in. so, we can see how her life changes with the war, how all she is interested in now is how to survive and how to find food. A brilliant way of showing the world that war destroys everything and punishes especially those that are innocent, most often women and children. A way of seeing the war through the eyes of a child.

Like Anne Frank in "The Diary of a Young Girl", she gives her diary a name (Mimmy) and like Anne Frank's diary, I think everyone should read this.

Fromt he back cover:

"In a voice both innocent and wise, touchingly reminiscent of Anne Frank's, Zlata Filipovic's diary has awoken the conscience of the world. Now thirteen years old, Zlata began her diary just before her eleventh birthday, when there was peace in Sarajevo and her life was that of a bright, intelligent, carefree young girl. Her early entries describe her friends, her new skis, her family, her grades at school, her interest in joining the Madonna Fan Club. And then, on television, she sees the bombs falling on Dubrovnik. Though repelled by the sight, Zlata cannot conceive of the same thing happening in Sarajevo. When it does, the whole tone of her diary changes. Early on, she starts an entry to 'Dear Mimmy' (named after her dead goldfish): 'SLAUGHTERHOUSE! MASSACRE! HORROR! CRIMES! BLOOD! SCREAMS! DESPAIR!' We see the world of a child increasingly circumscribed by the violence outside. Zlata is confined to her family's apartment, spending the nights, as the shells rain down mercilessly, in a neighbor's cellar. And the danger outside steadily invades her life. No more school. Living without water and electricity. Food in short supply. The onslaught destroys the pieces she loves, kills or injures her friends, visibly ages her parents. In one entry Zlata cries out, 'War has nothing to do with humanity. War is something inhuman.' In another, she thinks about killing herself. Yet, with indomitable courage and a clarity of mind well beyond her years, Zlata preserves what she can of her former existence, continuing to study piano, to find books to read, to celebrate special occasions - recording it all in the pages of this extraordinary diary."
Posted by Marianne at 15:41