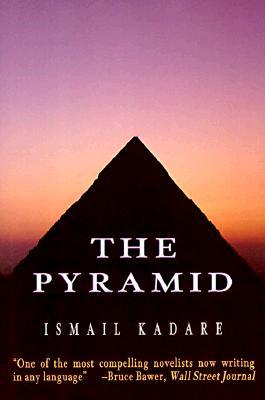 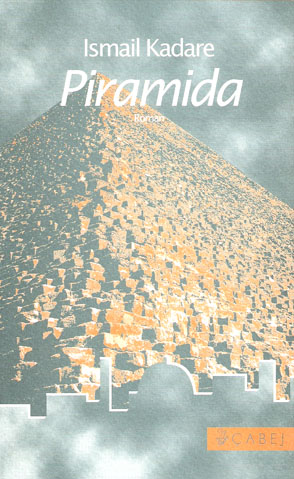 After Finnish author Mika Waltari's novel "The Egyptian", this is already the second novel I read about Ancient Egypt that really means something entirely different. Whilst "The Egyptian" was written straight after WWII, this one is about the totalitarian system in Albania.

"The Pyramid" tells us of the life under dicator Enver Hoxha and his crazy obsession for unnecessary and huge statues to show his power and strength. You can find a double meaning in almost every sentence, the ultimate motive of the pharaoh Cheops was to make his people so weak through building his gigantic pyramid so they have no power left to rebel.

The author is known as one of Europe's greatest writers, his voice against totalitarianism is second to none. He won the first Man Booker International Prize because he is "a universal writer in the tradition of storytelling that goes back to Homer." His followers were such illustrious authors like Chinua Achebe, Alice Muro and Philip Roth. Who knows, he might receive the Nobel Prize for Literature one day.

Brilliant novel. You can tell the author has experienced this himself.

"From the Albanian writer who has been short-listed for the Nobel Prize comes a hypnotic narrative of ancient Egypt, a work that is at once a historical novel and an exploration of the horror of untrammeled state power. It is 2600 BC. The Pharaoh Cheops is inclined to forgo the construction of a pyramid in his honor, but his court sages hasten to persuade him otherwise. The pyramid, they tell him, is not a tomb but a paradox: it keeps the Egyptian people content by oppressing them utterly. The pyramid is the pillar that holds power aloft. If it wavers, everything collapses.

And so the greatest pyramid ever begins to rise. It is a monument that crushes dozens of men with the placing of each of its tens of thousands of stones. It is the subject of real and imaginary conspiracies that necessitate ruthless purges and fantastic tortures. It is a monster that will consume all Egypt before it swallows the body of Cheops himself. As told by Ismail Kadare, 'The Pyramid' is a tour de force of Kafkaesque paranoia and Orwellian political prophecy."

After "The Fall of the Stone City", this is my second book by Ismail Kadaré but certainly not my last.

Ismail Kadaré received the Man Booker International Prize in 2005 for being "a universal writer in the tradition of storytelling that goes back to Homer."
Posted by Marianne at 15:28