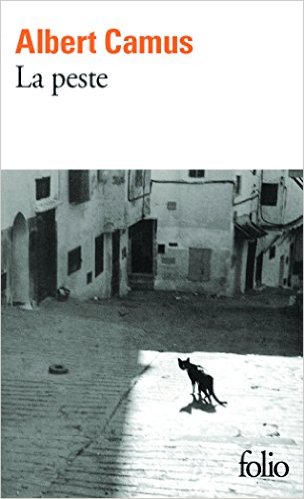 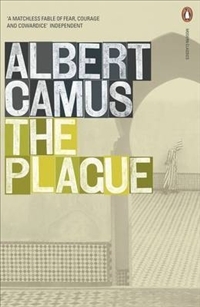 Why did it take me so long to start this classic? I am not a great fan of French literature but I love the French language, so I keep coming back to reading them. I absolutely loved this one and declare it my most favourite French book ever.

North Africa, a French town in Algeria, sometime in the 1940s. The rats come first, then the plague follows. The description of how a whole town comes to terms with such a death sentence, how every single person has his own problems with this devastating news, has been accomplished in a marvellous way. The language Camus uses is fantastic, so precise yet so poetic. Read it, it's totally worth it.

From the back cover:
"The townspeople of Oran are in the grip of a deadly plague, which condemns its victims to a swift and horrifying death. Fear, isolation and claustrophobia follow as they are forced into quarantine. Each person responds in their own way to the lethal disease: some resign themselves to fate, some seek blame and revenge, and a few, like the unheroic hero Dr Rieux, join forces to resist the terror. In part an allegory of France's suffering under the Nazi occupation, The Plague is a compelling depiction of bravery and determination pitted against the precariousness of human existence."

I contribute to this page: Read the Nobels and you can find all my blogs about Nobel Prize winning authors and their books here.
Posted by Marianne at 19:18