Tokarczuk, Olga "Primeval and other Times" 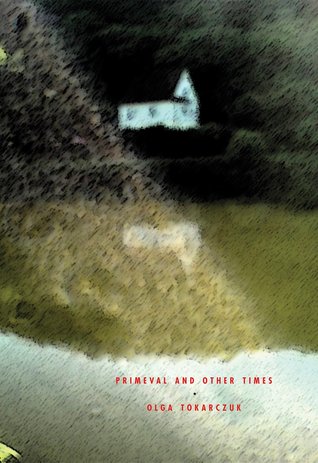 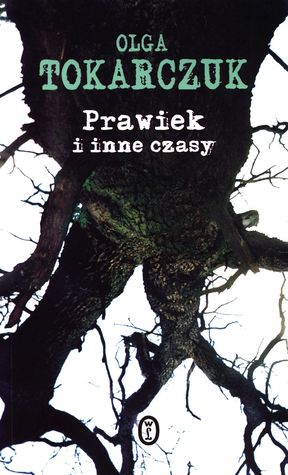 When the name of the person who was awarded the Nobel Prize for Literature in 2019 was finally announced in 2020, I wanted to read one of her books right away. I had chosen "Primeval and Other Times" which is translated into German in "Ur und andere Zeiten". "Ur" really stands for a time in German, a time long, long ago. It is used as a prefix for great-grandparents etc., e.g. Ur-Ur-Urgroßmutter would be the great-great-great-grandmother. It is also a proposed supercontinent from about 3,000 million years ago.

But the book was sold out in German. I decided to wait a while. Then, our book club decided to put it on the reading list. And here I am, reading it in the English translation.

The book was interesting, something completely different from a lot of other reads. The elements of magic realism make them surreal, even though the setting during and after WWI as well as in and after pre-WWII is realistic enough. The characters were also quite lively, the families were described into every little detail, so you can imagine them and their lives very well. The author tried to describe the situation of both the German and the Russian soldiers and managed that very well, also.

Even though the story takes place in the first half of the 20th century, it seems a lot longer ago at times. The magic realism parts make it almost feel like a fairy-tale. It also helps understanding Polish culture and how it was influenced by the communism. We can live, laugh and die with these ordinary people from an extraordinary time and imagine how their lives might have been without the war.

The story is only about 250 pages long but that doesn’t' make it quick to read. It's not difficult, yet very complex. I would certainly recommend this book.

During our book club discussion, we touched many aspects of the book. I will try to add them in short. If you haven't read it, there might be some spoilers.

There were many allusions to the bible and Greek mythology, e.g. Ruta = Persephone, Cornspike = Demeter, Ruta's husband = Hades. The four directions of the village or the four faces of the angel.

The story reminded of "One Hundred Years of Solitude" and other magic realism stories, even "My Name is Red" was mentioned.

The village life was like many villages but the author studied psychology, so we are sure she meant for us to draw these other conclusions.

Time is definitely a human construction.

Squire Popielski and his game was also a large part of our talk. The game represents the village and the bible the game of life.

We believe that the mythical characters like "Dipper the drowned man" contribute to the feeling/understanding of the story. Their personifications are aspects of nature.

The horror of the war came to view very well through the character of Genowefa and her reaction, it made it more real.

Food also played a big part in the book, it was a big part of life and gave comfort. Another bow to nature, I guess.

We discussed this in our book club in April 2020. To our book club members who were present in the online discussion, should I have left out anything or misquoted something, please, let me know.

"Set in the mythical Polish village of Primeval, a microcosm of the world populated by eccentric, archetypal characters and guarded by four archangels, the novel chronicles the lives of the inhabitants over the course of the feral 20th century in prose that is forceful, direct, and the stylistic cousin of the magic realism in Gabriel García Márquez's One Hundred Years of Solitude. Told in short bursts of 'Time,' the narrative takes the form of a stylized fable, an epic allegory about the inexorable grind of time and the clash between modernity (the masculine) and nature (the feminine) in which Poland's tortured political history from 1914 to the contemporary era and the episodic brutality visited on ordinary village life is played out. A novel of universal dimension that does not dwell on the parochial, Primeval and Other Times was awarded the Koscielski Foundation Prize in 1997, which established Tokarczuk as one of the leading voices in Polish letters, and it has been translated into many languages the world over.

Tokarczuk has said of the novel: 'I always wanted to write a book such as this. One that creates and describes a world. It is the story of a world that, like all things living, is born, develops, and then dies.' Kitchens, bedrooms, childhood memories, dreams and insomnia, reminiscences, and amnesia - these are part of the existential and acoustic spaces from which the voices of Tokarczuk's tale come, her 'boxes in boxes'."

Olka Tokarczuk received the Nobel Prize for Literature in 2018 "for her narrative imagination that with encyclopedic passion represents the crossing of boundaries as a form of life".

I contribute to this page: Read the Nobels and you can find all my blogs about Nobel Prize winning authors and their books here.
Posted by Marianne at 13:09