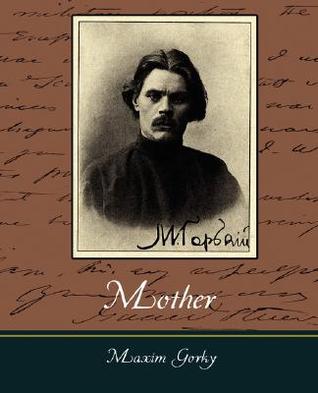 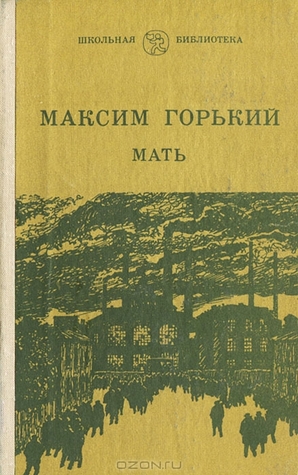 I love Russian literature. Their style is quite unique. This book makes no difference. The author was not only active in the emerging Marxist communist movement, he founded this style, the socialist realism literary method. We meet Pelageya who is abused by her husband. After he dies, her son Pavel starts fighting the Tsarist regime. His mother is at first hesitant and fearful, but then she supports the young people because she realizes that things cannot go on like this. She "adopts" all her son's friend and is a second mother to them, sometimes more a mother than their own one.

We learn how hard life is in a village in Russia at the turn into the 20th century and how difficult it is for the ordinary man to feed his family. They had nothing, not even hope that under this government anything would ever get better for them. I don't know what many of us would do in those circumstances nowadays.

The book is manly about the revolutionists, the underground résistance and why they fought their tsars. We can all imagine but this puts it on paper for all to follow. It's also about the love of her mother to her son and how far she would go in supporting and defending him.

Apparently, he was nominated five times for the Nobel Prize for Literature. What a shame he never received it. Would have been well deserved it.

"Maksim Gorky was a Soviet author and founder of the socialist realism literary method. He was also a political activist who spent several lengthy stays in Capri and Italy. Gorky traveled throughout his native land and at one point became friends with Lenin. His travels overwhelmed him with the vastness and beauty of his country and they also made him sharply aware of the ignorance and poverty of its people. This novel tells the story of the common proletariat who protested against the czar and the capitalists which eventually led to the October Revolution. Pelageya is the wife of a factory worker who ignores the political upheaval in her country in favor of caring for her personal life. She represents hundreds of workers who are concerned with living their lives. Her son Pavel takes a different path and joins the revolution inspiring many Russians who were living under a capitalistic society in Russia. Gorky saw the 'mother country' as supporting her children as they fought for their rights.
…
Every day the factory whistle bellowed forth its shrill, roaring, trembling noises into the smoke-begrimed and greasy atmosphere of the workingmen's suburb; and obedient to the summons of the power of steam, people poured out of little gray houses into the street. With somber faces they hastened forward like frightened roaches, their muscles stiff from insufficient sleep. In the chill morning twilight they walked through the narrow, unpaved street to the tall stone cage that waited for them with cold assurance, illumining their muddy road with scores of greasy, yellow, square eyes."
Posted by Marianne at 11:57