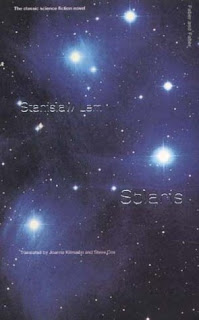 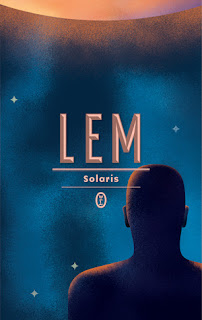 If you research the author, it sounds like Stanisław Lem is one of the greatest science fiction writers ever. And I fully understand after having read this book. It is quite extraordinary and not at all like what you often find in science fiction stories.

First of all, you don't find the usual "aliens" in the book that are just humans in disguise. No, it's a completely different kind of species that Stanisław Lem comes up with. So unreal that it sounds more real than all the other science fiction stories.

There is a lot of psychology in this book, the memories of earthlings are sometimes more alien than any Babel Fish, Borg, Cat, Dalek, Droid, Ewok, Klingon, Vulcan or whatever the names of those extra-terrestrials in the popular sci-fi series are.

I'm not a huge fan of science fiction though I have read a few books that were not too bad. But this one I found fantastic, exciting, gripping, captivating, intriguing, riveting. I couldn't find enough words to express my feelings.

I totally liked this quote:

"We have no need of other worlds. We need mirrors. We don't know what to do with other worlds. A single world, our own, suffices us; but we can't accept it for what it is."

I think the author managed this very well. I am very glad that my book club chose this novel because I doubt I would have ever found or read it otherwise.

Comments from other members:

This was our book club novel in August 2020.

When Kris Kelvin arrives at the planet Solaris to study the ocean that covers its surface, he finds a painful, hitherto unconscious memory embodied in the living physical likeness of a long-dead lover. Others examining the planet, Kelvin learns, are plagued with their own repressed and newly corporeal memories. The Solaris ocean may be a massive brain that creates these incarnate memories, though its purpose in doing so is unknown, forcing the scientists to shift the focus of their quest and wonder if they can truly understand the universe without first understanding what lies within their hearts."