It is now hosted by That Artsy Reader Girl.

Today we have a Cover Freebie (choose your own topic, centered on book covers or cover art)
I chose: 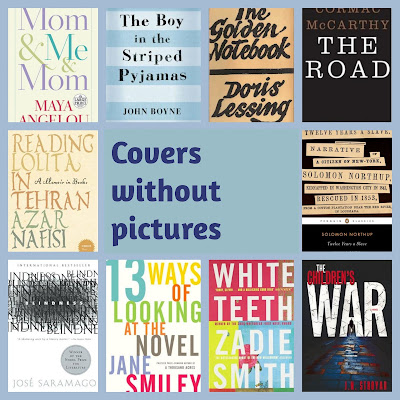 I like simple covers that don't give away much, covers that are not too elaborate, too pink, too … well, just too much of everything. I definitely don't like covers that have been changed after a book has been made into a film. I try to avoid them like the pest.

So, my choice today is covers without pictures, just the plain writing. As you can see, they are pretty beautiful, as well.