Barbery, Muriel "The Elegance of the Hedgehog" 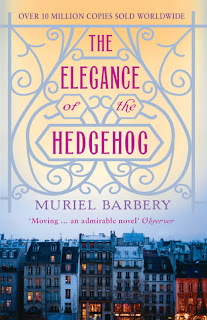 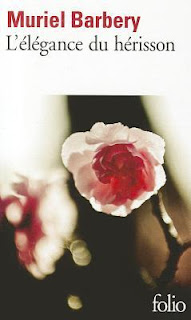 This book had been on my TBR pile for too long and since I was determined to get it a little smaller by the end of the year, I finally started. Plus, I wanted to read more in French, so hopefully that's a start.

The story unfolds by the reports of two very different women, 12 year old Paloma Josse and 54 year old Renée Michel who is the concierge in the building Paloma and her family live in. You would think, they have nothing in common but this is where we can learn that even with a very different background, we can find a soulmate everywhere.

A nice read. I wouldn't mind a second book to see what goes on in Paloma's life when she grows up.

"Renée is the concierge of a grand Parisian apartment building, home to members of the great and the good. Over the years she has maintained her carefully constructed persona as someone reliable but totally uncultivated, in keeping, she feels, with society's expectations of what a concierge should be. But beneath this facade lies the real Renée passionate about culture and the arts, and more knowledgeable in many ways than her employers with their outwardly successful but emotionally void lives.

Down in her lodge, apart from weekly visits by her one friend Manuela, Renée lives resigned to her lonely lot with only her cat for company. Meanwhile, several floors up, twelve-year-old Paloma Josse is determined to avoid the pampered and vacuous future laid out for her, and decides to end her life on her thirteenth birthday. But unknown to them both, the sudden death of one of their privileged neighbours will dramatically alter their lives forever.

By turn moving and hilarious, this unusual novel became the French publishing phenomenon of 2007: from an initial print run of 3,000 to sales of over 2 million in hardback. It took 35 weeks to reach the number one bestseller spot but has now spent longer in the French bestseller lists than Dan Brown."