This week's topic is: Purple, Yellow, and/or Green Book Covers
(in honour of Mardis Gras, which is today!)

I don't really choose books by colours. Although, in a way I do. If they are too pink, I stay well away from them. LOL

So, when I started looking for purple books, I thought I'll never find any but in the end I got lucky. Green ones I would have found hundreds, so I concentrated mainly on those that were entirely green and had not many other pictures on there. Same with the other colours. I think, I managed quite well, right?

This was a fun challenge. I'm looking forward to seeing what the other bloggers have posted. I'm sure it will be very colourful.

Happy Mardi Gras. And Happy Pancake Day and Happy Carnival (look here). I know we can't celebrate much of that this year but I hope however you usually celebrate it, you can at least enjoy it a little. 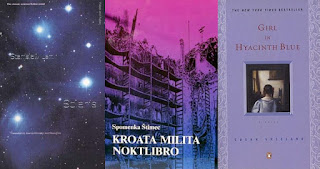 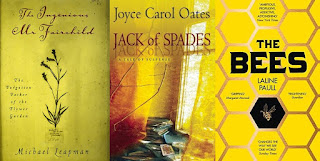