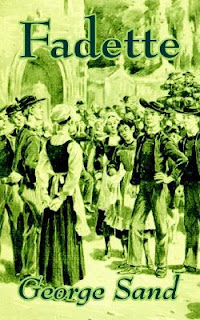 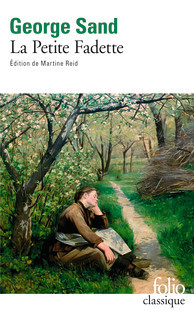 Honestly, I had expected more of this novel. Granted, it gives you an insight into rural life in France of the 19th century and it isn't a very difficult read which made it worth my while.

But the story itself reads more like chick lit. It probably was meant to be, whatever they might have called it at the time. But I miss the humour of a Jane Austen or the versatility of a Charles Dickens.

In the description it says the novel reads like a fairy tale and that's probably what bothered me first. I don't believe in witchcraft, bad omens etc. I don't mind the Magic Realism written by South American writers (they seem to have a different approach to it), but this was just a bit too much.

What I probably disliked most was the way the women were painted, especially the protagonist. She was considered ugly because she was too much outside and didn't dress like the other women did. Once she changed that, everybody like her. If Jane Austen would have written it, she would have added criticism to that. George Sand doesn't seem to be bothered by this fact. Even though it might have been normal at the time, I would have expected a different view by this author.

If you like easy reads or French books, this might be the one for you. Hélas (unfortunately), it wasn't for me.

"Landry and Sylvain are twins. One day, a certain little Fadette disturbs the existence of these sons of rich farmers. Beyond the simple romantic plot, the author gives a real painting of the peasant society of 19th century France. The novel reads like a fairy tale and also develops very strong themes of 'the double' and accusations of witchcraft."