This week's topic is: Books With Numbers In the Title

What an interesting subject. I found so many books with numbers in the title. First I thought I might just take some with years but in the end I thought I'd rather count from one to ten. 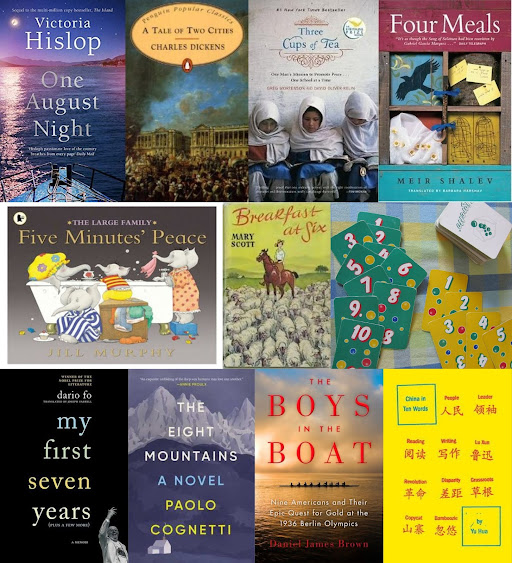 Brown, Daniel James "The Boys in the Boat: Nine Americans and Their Epic Quest for Gold at the 1936 Berlin Olympics" - 2013

Do you have any books with numbers on their title that are special to you?