This week, our topic is One-Word Reviews for the Last Ten Books I Read 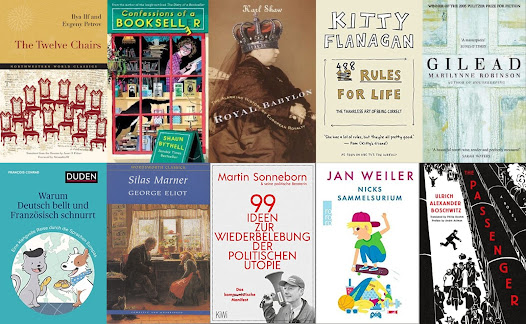 That's a tough one. I used to write articles for our local newspaper and the biggest problem was always that they were too long. And i guess the same goes for my blogpost. Still, I tried and I found some. Might not be the best one-word reviews anyone can think about but they are MY best one-word reviews. Some might encourage you to read the long version. 😉

Flanagan, Kitty "488 Rules for Life: The Thankless Art of Being Correct" - 2019
Irksome

This was tougher than writing the original reviews, believe you me! I admire anyone who can do this regularly, like some of my blogger friends.

And if you have read any of the books, it would be great to hear your one word description.