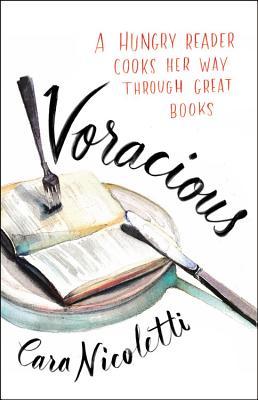 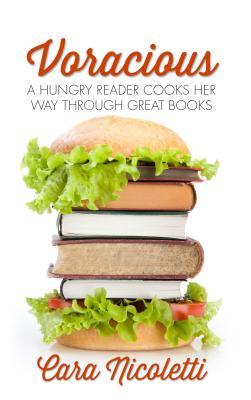 This is such a lovely book. If you like recipes, you might want to read it just for the recipes. But if, like me, you love reading, you will love to read it for the parts in the books you loved. Who doesn't remember Mr. Woodhouse (in "Emma") tell everyone at their dinner about the perfectly boiled egg? Makes me laugh every time I boil eggs.

And the other recipes are just as nice, great reminders about some wonderful books. Even if you don't like cooking or would never cook any of those recipes.

Here are the recipes with links to the books I reviewed:

* Here, I would have chosen the "excellent boiled potatoes" that are served in a "superbly featured room". As we all know, it's been many years since Mr. Collins had had "such an exemplary vegetable".

Stories and recipes inspired by the world's great books

As a young bookworm reading in her grandfather's butcher shop, Cara Nicoletti saw how books and food bring people to life. Now a butcher, cook, and talented writer, she serves up stories and recipes inspired by beloved books and the food that gives their characters depth and personality.

From the breakfast sausage in Laura Ingalls Wilder's Little House in the Big Woods to chocolate cupcakes with peppermint buttercream from Jonathan Franzen's The Corrections, these books and the tasty treats in them put her on the road to happiness.

Cooking through the books that changed her life, Nicoletti shares fifty recipes, including:
* The perfect soft-boiled egg in Jane Austen's Emma
* Grilled peaches with homemade ricotta in tribute to Joan Didion's "Goodbye to All That"
* New England clam chowder inspired by Herman Melville's Moby-Dick
* Fava bean and chicken liver mousse crostini (with a nice Chianti) after Thomas Harris's The Silence of the Lambs
* Brown butter crêpes from Gillian Flynn's Gone Girl

Beautifully illustrated, clever, and full of heart, Voracious will satisfy anyone who loves a fantastic meal with family and friends-or curling up with a great novel for dessert."

And I just had to add both English book titles since they combine books and food so well.
Posted by Marianne at 12:28