Coetzee, J.M. "The Master of Petersburg" 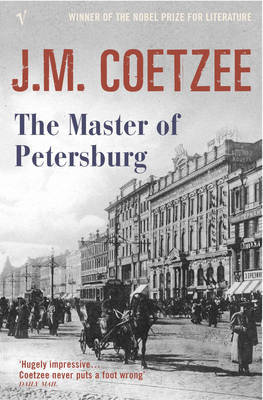 It was but it was a hard read, despite it being just around 250 pages. You had to constantly remind yourself that this is a work of fiction even though a lot of the events are taken from real life. You do recognize the author Dostoevsky here and all his struggles with life, you do see parts of Russia's problems during that time, some real-life people. So, you either don't know anything about Dostoevsky and just accept this as a story or you have to constantly forget that this isn't non-fiction.

However, Dostoevsky was wonderfully portrayed, it was a great book about Russia, the book received several international prizes, i.a. the Commonwealth Writers' Prize.

"Winner of The Nobel Prize For Literature 2003

In The Master of Petersburg J. M. Coetzee dares to imagine the life of Dostoevsky. Set in 1869, when Dostoevsky was summoned from Germany to St Petersburg by the sudden death of his stepson, this novel is at once a compelling mystery steeped in the atmosphere of pre-revolutionary Russia and a brilliant and courageous meditation on authority and rebellion, art and imagination. Dostoevsky is seen obsessively following his stepson's ghost, trying to ascertain whether he was a suicide or a murder victim and whether he loved or despised his stepfather."

J.M. Coetzee "who in innumerable guises portrays the surprising involvement of the outsider" received the Nobel Prize in 2003 and the Booker Prize for this novel in 1999.

I contribute to this page: Read the Nobels and you can find all my blogs about Nobel Prize winning authors and their books here.
Posted by Marianne at 13:28