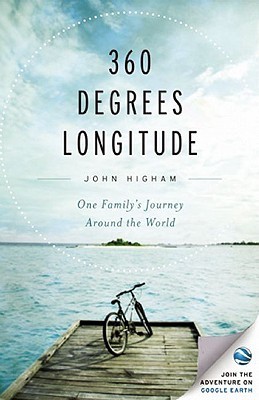 A family takes a trip around the world. On their bikes. And with a tent. Well, at least that was the plan.

The couple September and David planned it even before they had kids. Now the children are eight and eleven, so it's time to go. They visit the USA, Iceland, England, UK, France, Switzerland, Czechia, Poland, Sweden, Denmark, Germany, Switzerland, Italy, Greece, Turkey, UAE, Tanzania, Mauritius, Japan, China, Thailand, Cambodia, Costa Rica, Panama, Bolivia, Chile, Argentina, Peru, Belize in that order (although they do return to a couple of the countries in between). Quite a challenge.

Even with the utmost planning, there is always something that comes along that way that is not as easy as envisaged.

In this case, Katrina, the daughter, breaks her leg in the most expensive country they're visiting, Switzerland. So, the plan has to change since she can't sleep in a tent.

The kids love reading, so that's a plus, especially when they have to spend some time a little less active. They grow together as a family and they all love that.

I greatly admire the family for what they have achieved.

Quite an interesting book, especially for people, I would think, who never travel themselves. We never took a trip like that around the world but we lived in four different countries and travelled a lot with our kids. And they always read half a library during the journey, just as Katrina and Jordan, the Higham kids. So, sometimes I found it a little tedious, a tad lengthy and slightly naïve at times, but still a nice read.

Quote:
"... 'What makes us different?' is a question that lately keeps me up at night. Why are the street kids in Cambodia such whizzes at arithmetic and the clerks behind the cash registers in Costa Rica so abysmal? Why are stores in France open 30 hours a week while the stores in Turkey are open 18-plus hours a day? Why are Germans so fanatical about punctuality, and the Italians so ... late all the time? And last, but not least, why does the entire world, other than the United States, speak more than one language and Americans just expect that one of those is English?"

He then goes on saying that we are all the same, want to raise our kids and have some comforts in life. I think if we concentrate on that, we see that we have a lot more in common with anyone from another country than what separates us.

"Much more than a travel narrative 360 Degrees Longitude: One Family’s Journey Around the World is a glimpse at what it means to be a 'global citizen' - a progressively changing view of the world as seen through the eyes of an American family of four.

After more than a decade of planning, John Higham and his wife September bid their high-tech jobs and suburban lives good-bye, packed up their home and set out with two children, ages eight and eleven, to travel around the world. In the course of the next 52 weeks they crossed 24 time zones, visited 28 countries and experienced a lifetime of adventures.

Making their way across the world, the Highams discovered more than just different foods and cultures; they also learned such diverse things as a Chilean mall isn’t the best place to get your ears pierced, and that elephants appreciate flowers just as much as the next person. But most importantly, they learned about each other, and just how much a family can weather if they do it together.

360 Degrees Longitude employs Google’s wildly popular Google Earth as a compliment to the narrative. Using your computer you can spin the digital globe to join the adventure cycling through Europe, feeling the cold stare of a pride of lions in Africa, and breaking down in the Andes. Packed with photos, video and text, the online Google Earth companion adds a dimension not possible with mere paper and ink. Fly over the terrain of the Inca Trail or drill down to see the majesty of the Swiss Alps - without leaving the comfort of your chair.

John Higham is an aerospace engineer with an expertise in satellites. He is also an avid traveler, frequently writing and lecturing on his own experience traversing the globe. The Highams live in the San Francisco Bay Area. Visit him online at www.360DegreesLongitude.com.

The Voyages of Tim Vetter interviews 360 author John Higham about what it is like to travel with children, his bucket list and what he and his family have been up to since traveling around the world. Available at http://bit.ly/podcast360 or on search for "360 Degrees Longitude" on your favorite podcast store."
Posted by Marianne at 11:34