Frandi-Coory, Anne "Whatever Happened to Ishtar?" 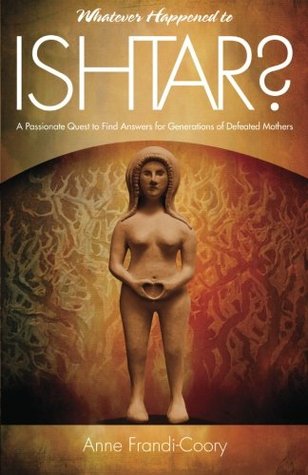 Frandi-Coory, Anne "Whatever Happened to Ishtar?: A Passionate Quest To Find Answers For Generations Of Defeated Mothers" - 2010

How much can a person endure, especially a little child? This heart-rendering account of Anne-Frandi Coory's life is a proof that we can live through a lot of hardship and still turn out to be passionate and affectionate people, in this case a wonderful woman and mother of four children even though she was an abandoned and abused child herself.

The author goes back to the history of her Lebanese-Italian family and all the troubles her ancestors went through before reaching New Zealand. All these generations, one tragedy after another, which results in the family Frandi-Coory where nobody had learned to love or take care of children. The story makes us follow the tragic lives of almost every single one of them but it teaches us so much. Despite the hardships and partly terrible stories Anne tells us, this book is still full of love.

From the back cover:
"A Passionate Quest to Find Answers for Generations of Defeated Mothers. Anne's story is one of lost generations. She was abandoned by her mother at ten months of age, and from then on she lived a life of abuse and gross neglect in the Mercy Orphanage for the Poor, and at the hands of her Lebanese father's extended family. In the Coory family's mind, Anne's greatest shortcoming was her demonised Italian mother, Doreen Frandi, and for this reason she was treated as an imbecile and sexually harassed from childhood to her teens. Added to that, Anne was separated from her two brothers while living in the orphanage according to strict rules of gender segregation when boys turned five. After marrying in her teens and giving birth to four children in quick succession, Anne struggled to come to terms with her tormented past while at the same time making a vain attempt at living a normal life. Eventually Anne's marriage failed and she barely managed to avoid a mental breakdown. Two decades later, Anne embarked on what would be fifteen years of research and travel to find her Italian relatives and in the process tried to make some sense of why so many women in her Lebanese and Italian families became defeated mothers."

I have read her brother's book in the meantime:
Coory, Kasey "Pious Evil. Condemn not my Children. A mother's journey to insanity" - 2014
Posted by Marianne at 16:56