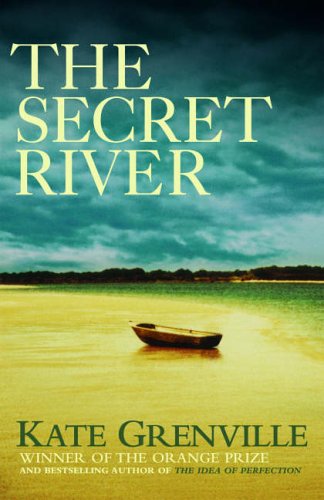 Years ago I read a book about the first prisoners coming to Australia. The impression that story made on me never left me. Unfortunately, the title of the book did.

However, this title was suggested for our book club, unfortunately not chosen. So, it landed on my list of books I wanted to read.

I am so glad it did, I loved this book. The story of William Thornhill, whose main crime was to be borne into absolute poverty in a time where there was not way out of it, where people were forced to become criminals in order to feed their families and, when caught, sent to a foreign country, a country so remote that the voyage there was one of no return. So, William arrives in Sydney with his family. He then has the chance to settle with them on the land that is supposed to be free. Free of what? Free of "white culture", free of "white settlement". The story shows the differences between the native Australians, the Aborigines, and the European invaders, uh settlers, and that really nobody has a chance to win in this situation.

I haven't been to Australia, so I can't judge how accurate the account is but I really liked the writing style, the way the characters unfold, the way the situation is described. A good historical novel showing us the wronging done two hundred years ago.

From the back cover:
"The Orange Prize-winning author Kate Grenville recalls her family's history in an astounding novel about the pioneers of New South Wales. Already a best seller in Australia, The Secret River is the story of Grenville's ancestors, who wrested a new life from the alien terrain of Australia and its native people. London, 1806. William Thornhill, a Thames bargeman, is deported to the New South Wales colony in what would become Australia. In this new world of convicts and charlatans, Thornhill tries to pull his family into a position of power and comfort. When he rounds a bend in the Hawkesbury River and sees a gentle slope of land, he becomes determined to make the place his own. But, as uninhabited as the island appears, Australia is full of native people, and they do not take kindly to Thornhill's theft of their home.
The Secret River is the tale of Thornhill's deep love for his small corner of the new world, and his slow realization that if he wants to settle there, he must ally himself with the most despicable of the white settlers, and to keep his family safe, he must permit terrifying cruelty to come to innocent people."

Other stories about convicts sent to Australia: "For the Term of His Natural Life" by Marcus Clarke and "The Floating Brothel: The Extraordinary True Story of an 18th-Century Ship and Its Cargo of Female Convicts" by Siân Rees

Kate Grenville was shortlisted for the Booker Prize "The Secret River" in 2006.
Posted by Marianne at 10:15